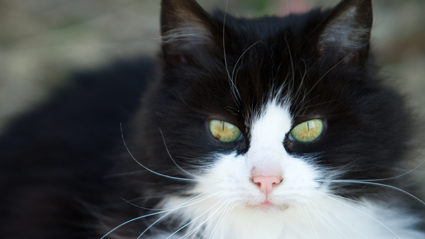 A CAT has become the first of his species to actively like a human being.

Black and white cat Stephen Malley believes his owner to be “an okay guy” after being taken to the vet with an injured paw.

He said: “I don’t like humans as a rule. Who does?

“But I have to say that Tom was pretty cool about it when I cut my paw on a piece of tin. He seemed really bothered about it, and although that was slightly pathetic I must say it made me warm to him.

“In total it cost him £280 and in his position I’d have left me to my own devices. So based on that I’d almost consider him a friend, or at least a friendly acquaintance.

“Clearly though we are different species and he’s 20 times bigger than me, so we couldn’t be close mates. If we went to the pub he’d probably stand on me by accident.

“So let’s not get carried away. If he moved abroad tomorrow I wouldn’t be bothered, assuming he left a massive bag of food.”

Being completely dependent on China for everything ‘fine’ 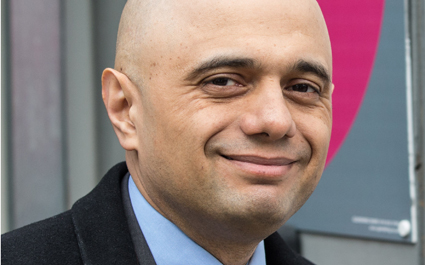 THE business secretary has confirmed that being dependent on China for steel, energy and all other products is a flawless long-term plan.

Sajid Javid is planning to put even more of the UK’s vital infrastructure, including education and the NHS, into Chinese hands along with 92 per cent of imports.

He continued: “In a globalised world it is ridiculous that we are still sourcing most of our meat, vegetables and dairy products from Europe when China can offer them 0.015 per cent cheaper.

“The Chinese have proved themselves trustworthy guardians of the UK housing market, which is running perfectly, so the sensible move is to hand over full control of everything else.

“A future in which everything from steel to wood to canned food to clean water is imported on container ships from China is a bright one for Britain.”