A CAT has realised that it can beat up any other cat by cutting out the preliminary staring.

Three-year-old cat Wayne Hayes regularly lost fights because he did the typical thing of staring directly into the other cat’s eyes while maintaining a rigid pose.

He said: “I am not a big cat and I was getting my territory reduced on a weekly basis.

“Then it dawned on me to cut out the standard pre-fight ritual of edging towards the other cat while we stare at each other.

“Instead, when I see another cat I just run straight down the garden and jump on its back, battering it about the face and neck with my paws.

“It works every time, I don’t know why I didn’t think of this before.”

However eight-year-old cat Roy Hobbs said: “Staring motionlessly at your opponent is a time-honoured tradition that gives both parties time to consider their position and possibly get shouted at by a garden owner.

“You can’t just run at another cat and start fucking it up, this isn’t WWE wrestling or something.”

Anything with a four-star review definitely shit, Edinburgh punters warned 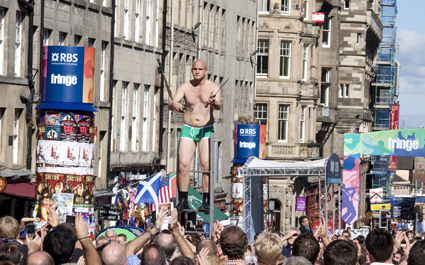 EDINBURGH festival audiences have been warned to avoid anything that critics have tepidly praised with a four-star review.

As the city’s festival of performance and narcissism begins, researchers claimed that a moderately warm four star review indicated something not worthwhile, yet sufficiently pretentious that reviewers are scared to slag it off.

Professor Henry Brubaker of the Institute for Studies said: “Critics are a bovine bunch of idiots, and four stars is the universally-accepted code for ‘I don’t really like this but I feel afraid’.

“A typical four star show will feature a bunch of tall youths making fart noises, but the stage will be designed to look like a massive television.

“It’s what your mum would call ‘a bit different’.”

He added: “You’re better off with a one-star show if you want to see something genuinely uncomfortable, or a three-star show for slickly reliable telly-style ‘industrial comedy’ about household gadgets.

Professor Brubaker claims that four-star film and performance does not exist: “Quantum of Solace is a good example of a ‘four star’ film. It has a convincing veneer of being quite good, but it is shit.”