Couple pretending their home is designed around feng shui, not plug sockets

A COUPLE are claiming that their furniture is placed based on Chinese principles of harmonious living, not where the plug sockets are.

Joseph and Maggie Turner like to pretend to guests that they have carefully arranged their home to create a flowing live-work space, though one with a suspicious lack of extension cables.

Friend Helen Archer said: “They’re all like, ‘The desk goes here by the double doors because of qi,’ and I’m like ‘Hmmm, perhaps another word for it could be electricity.’

“What a stroke of luck that the telly needs to be in that corner according to yin and yang, and it’s where the Sky plug is.

“Face it, like the rest of us you’ve got about three choices of where to put any furniture in the whole house because of plug sockets, radiators and doors.”

Joseph Turner said: “And as Qing Wuzi of the Han Dynasty said, always place the broadband router in the hall for a balanced flow of wi-fi through the house.

“Such wisdom. He must’ve worked on the helpdesk.”

Dungeons & Dragons player might stop mentioning it on dates 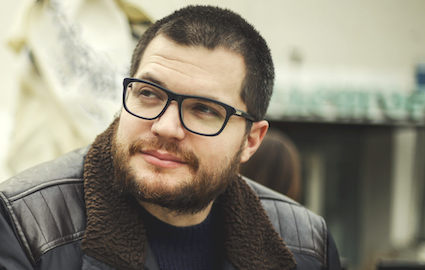 A KEEN role-player is beginning to wonder if there is a connection between his romantic failures and his interest in Dungeons & Dragons.

Tom Logan increasingly suspects women do not find a hobby based around using a small metal figure to pretend to be a dwarf to be what they are looking for in a partner.

He said: “I’m getting the dates no problems, but I’ve noticed the mood changes when I mention Hygar, my 23rd-level illusionist gnome.

“One woman’s eyes lit up when I said I was a dungeon master, but seemed palpably disappointed when I described my campaign to find the Amulet of Dragonbane in the kingdom of Grondnarok.

“The reason I think it might be D&D is because the one time I didn’t mention it my date Karen kissed me and invited me back to hers.

“I thought we’d made an emotional connection so on the next date I really opened up about the weaknesses of 3rd Edition’s magic system, and when I got back from the toilet she’d gone.”

Logan added: “Meanwhile I listen to them go on about baking cupcakes or Gossip Girl or some shit. It’s the hypocrisy I can’t stand.”