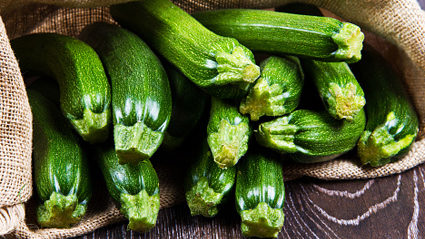 NOBODY has starved to death so far despite a desperate lack of courgettes reaching British shores.

Authorities had predicted a complete breakdown of civilisation, but so far it appears that almost nobody has even noticed the lack of courgettes.

Professor Henry Brubaker of the Institute for Studies said: “We predicted a Doomsday scenario where there would be devastating courgette riots across the nation, only the strongest surviving, reaching home battered and bruised but triumphantly holding a courgette to be shared amongst the family.

“But instead it seems that people are bearing up surprisingly well.

“It now seems that we may avoid the bloody scenes in the Waitrose aisles brought about by last year’s hummus outage.”

Shopper Mary Fisher said: “I paid £150 for what I thought was pure courgette but when I got it home and sampled the merchandise, I discovered it was cucumber.

“I swear to God if I don’t get some courgette soon I’m going to turn to crack, or chard, whichever one’s cheaper.”

No, really, what’s the plan, though? May asked 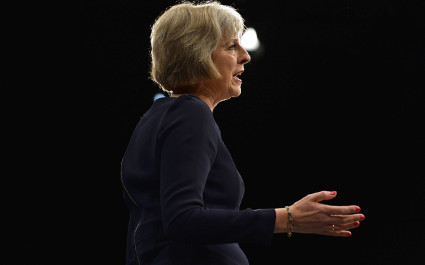 THERESA May has been told that yesterday’s speech was great fun but she now needs to announce the real Brexit plan.

Despite zingers in May’s speech about having no plan being a good thing and holding Europe to ransom by threatening to set fire to her own hair, economists believe Britain now needs a strategy that is not insane.

Backbencher Denys Finch Hatton said: “Brilliant, absolutely classic stuff, but seriously how are we going to unfuck this?

“I enjoy having a laugh about how we’re going to intimidate over half a billion people by selling some jam, but at some point I’ll have to tell my constituents what we’re actually doing.

“Because if I can’t, they’ll soon become somebody else’s constituents and I don’t find that funny in the least.”

Researchers have scanned any previous utterances by the prime minister for the faintest trace of humour without success, with one possible bon mot being revealed as a sneeze.

Labour hit back at yesterday’s speech by saying they would have told broadly the same 43-minute joke but their punchline would have mentioned worker’s rights.