Decline in marine life possibly due to all the shit in the sea, say experts

THE decline in marine life may in some way be connected to all the shit, piss and bleach pumped in there every single day by everyone in the world, it has been claimed. The theory is still in its early stages, but some scientists suspect that fish are allergic to Domestos.

Dr Susan Traherne, from the Institute for Studies, said: “As yet, there is no definite causal link between the mass death of fish and the unrelenting Niagara of shit. It does seem like a strange coincidence but I’m not about to stake my academic reputation on it.”

She added: “It’s hard for a layman to grasp, but imagine you had a goldfish in a tank at home and you poured in a can of engine oil and then some fertilizer. And then you had a shit in it.  And then got everyone you knew to have a shit in it too.

“You’d expect the goldfish to be annoyed, but cope with the minor chemical variations reasonably well.

“But in the just over six thousand versions of this experiment we’ve performed, the goldfish has died every single time.

“Now, maybe the fish died of natural causes. Maybe they were just very lazy fish and forgot to breathe. Or maybe the fish were killed by all the shit.

“It’s simply too early to tell.” 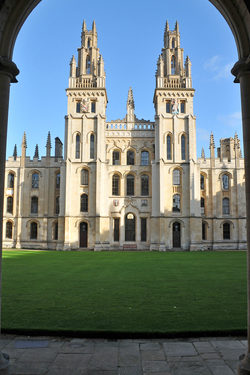 THE radical philosopher who believes the world is in the grip of combined insanity and mania is to speak at Oxford University. Andre is a fellow of Minogue College

During his recent, controversial Harvard guest lecture, he said: “Take a look around, at what technology has found. Is it what we need, or are we killing the seed?

“Hold on to real love. There’s so much to share.”

Tom Logan, President of the Oxford Union, said: “It was, of course, a well-established fact that civilisation had become increasingly manic.

“However the manner in which technology instilled insanity had gone unrecorded.

“Andre not only identified this latter phenomenon, he then fused the two concepts – insanity and mania – into what was not only a single idea, but a single word.”

“It is also doubtful whether Alain de Botton could survive intercourse with Jordan.”