Dinner Ladies To Be Installed In All UK Homes

FOUL-tempered old women with massively thick limbs are to be installed in British homes in a government move to limit food wastage.

The dinner ladies will ensure that no one leaves the table until they have cleared their plates, even if it takes forever.

Household members who refuse to comply will have their nostrils pinched shut and the food forced down their throats, and it will not make the least bit of difference if they cry.

A department of waste spokesman said: "No-one is paying any attention so we arranged a meeting with Mrs Moss, the Queen of the Dinner Ladies – if you kill her they all die – and agreed for a national dispersal of her thousands of wobbly-armed troops."

Dinner ladies are known for their lack of pity and immense physical strength. They do not have Christian names, wear dresses made of dishcloth and are the scientific opposite of lollipop ladies.

Plumber Roy Hobbs, one of the first UK householders to be fitted with a dinner lady, said: "Mrs Grice is huge, has a face like rutting scorpions and smells of disinfectant.

"Last night my wife couldn't finish her quiche, so Mrs Grice grabbed her hand and said she had a choice between eating it or her own fingers. Then she dumped this Eve's pudding in the middle of the table that was so heavy the legs collpased and then she forced us all to eat it off the floor like pigs."

He added: "Mrs Grice sleeps under the sink with one eye open, all curled up like a snake, and never ever goes to the toilet.

"Once she cut herself on a fork and her black blood burned through the kitchen lino. We're all incrediby scared." 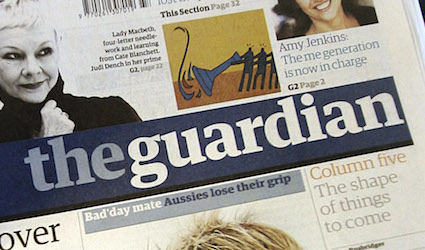 GUARDIAN readers are gathering in North London for the paper’s annual literary sneerathon.

From Islington to Primrose Hill people who think they are better than you because you enjoyed The Da Vinci Code will be sneering at popular books in a bid to raise money for George Monbiot’s psychiatrist.

Cafes and galleries will host a series of official events including the popular North London parlour game ‘I Sat Next to a Dan Brown Fan at a Dinner Party and This is What He Said’.

There will also be discussion groups where Guardian contributors who say they want to write a novel but won’t because they can’t will talk about how popular novels are killing literature by encouraging millions of people to read books.

Event director Tom Logan said: “We’ll have a panel of academics dismissing Dan Brown’s theories about symbolism in art and then we’ll play a game where someone reads out a paragraph from one of his novels and you have to guess which words were in italics.”

Stephen Malley, a Guardian reader from Highgate, said: “Popular fiction is just a load of stuff that happens. Proper novels should be a series of stilted conversations and semi-internalised dream sequences that reveal a series of interwoven themes about the need to rebalance globalisation in favour of the developing world.”

Emma Bradford, from Clerkenwell, added: “I actually enjoyed The Da Vinci Code but of course it was in much the same way as one would enjoy a Constable painting or a Steven Spielberg film or a Cornish pastie.”