A DOG’S feelings have been crushed after discovering that his owner’s best friend is actually a man named Martin.

3-year-old golden retriever Wayne Hayes said: “I thought I was Tom’s best mate. Then I heard him on the phone arranging to go for a ‘pint’ with some guy called Martin, whatever and whoever that is.

“He laughed and said ‘what are best mates for?’ At first, I thought he must be talking about me, but then I realised he was still on the phone.

“I brought that bastard his slippers every morning, but apparently that means nothing. I have half a mind to chew them into oblivion.

“Would Martin fight off burglars for him? Or save him from a fire? Or let him clean up his shit?”

Tom Booker said: “Come on, Wayne. We’ve got to go now or I’ll be late to meet Martin.”

44-year-old pretty sure he should still be about 32 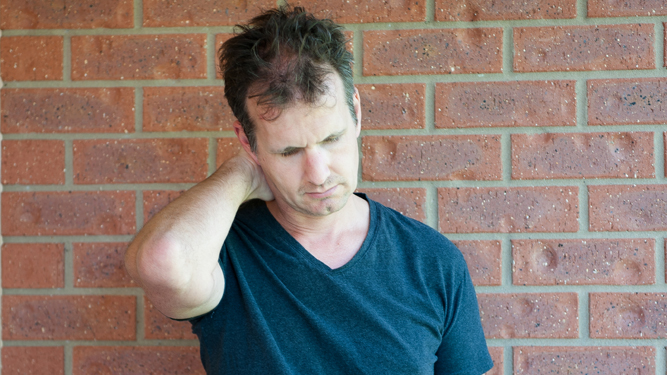 A MAN is increasingly convinced that more than 10 years of his life have somehow passed too quickly, he has revealed.

Middle manager Tom Logan does not understand how he suddenly became middle-aged and feels the only rational explanation is a time warp or other paranormal event.

Logan said: “It feels like it was only yesterday when I was 32 and life was full of possibilities, by which I mean I had a vague plan to be really successful and shag loads of women.

“Then suddenly it’s ‘WHOOSH!’ and I’ve got a fat belly and two kids droning on about Peppa Pig. There’s no way I just got old so I’ve probably experienced some sort of ‘time slip’.

“I remember getting married and starting a dull job but it feels as if it happened to someone else. That would suggest I’m the victim of a secret drug experiment like in Jacob’s Ladder.

“Something weird is definitely going on. How else do you explain me suddenly being rubbish at football when I used to be brilliant at it?”

Logan’s wife Becky said: “I know Tom was a bit down about turning 44, but I don’t think that means our entire lives are an illusion created by ‘the matrix’.”