THE dolphin freed from a fishing line by a diver propositioned him shortly afterwards, it has emerged.

Footage of the ‘trapped’ dolphin apparently asking the diver for help became on online sensation.

However it has since emerged that the ostensibly life-affirming moment was a cunning sex trap.

Cracking under media pressure, dolphin Tom Logan said: “I was swimming with some fellow pod members when we saw this insanely cute guy in a wetsuit.

“There was no way I was letting him slip through my fins. But how to start a conversation?

“You can’t just swim up to divers and ask them if they want to go for coffee, that never works.

“Luckily there was this old bit of fishing line lying around, I sort of wrapped myself into it then began thrashing around in an attention-seeking manner.”

Fellow dolphin Julian Cook said: “Tom is such a man-whore. He’s all up in this net like ‘Free me! Free me!’, playing the coquettish endangered marine mammal card, it’s so cheesy.

“He just loves men wearing oxygen tanks. Ideally he would like a fireman but you don’t really get them under the sea.” 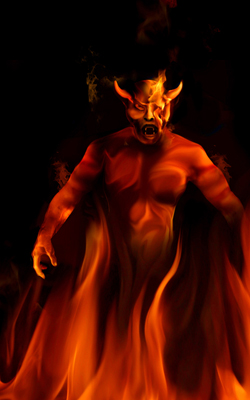 A SATANIC ritual in Devon has received top marks in every category on attendees feedback forms.

The rite, which took place in the remote village of Anwell Kelp, is the first to be ranked unanimously excellent in all aspects since covens introduced a feedback system this year in response to concerns over falling standards.

Masses are now rated from poor to excellent in 12 categories including ceremony, incantations and refreshments.

Anwell Kelp coven leader Tom Logan, who is a debauched aristocrat during the less significant parts of the lunar cycle, said: I think its the small touches, like black roses on the altar and caged ravens flanking the cauldron, that have made us the top UK coven.

Traditionally British rites have lagged behind their US counterparts in terms of production values but here we are raising the game with a more boutique black mass.

Witch Emma Bradford said: It really was a flawless event. And the breathtaking hilltop setting provides the perfect backdrop against which to cavort.