PLANET Earth’s eating habits are out of control, it has been confirmed.

Professor Henry Brubaker, of the Institute for Studies, said: “Have you seen that photo of a snake eating a crocodile? It was fucked up.

“And apparently the crocodile had just eaten a load of butterflies.”

Professor Brubaker has called for an all-species global food summit to decide who can eat what.

He added: “Security will have to be very tight as some species will take advantage of the current lack of regulations to devour their fellow delegates.

“The last thing we need is a three hour delay because a lion has eaten a tiger.”

The Institute has proposed a simplified system were each species is only allowed to eat what it would be ‘reasonably expected to’.

If the species sticks to its prescribed menu for three years then it gets to eat something weird.

Roy Hobbs, a badger from Stevenage, said: “That seems fair. But at some point I would like to eat a cat.”

People who act in films get rare moment of glory 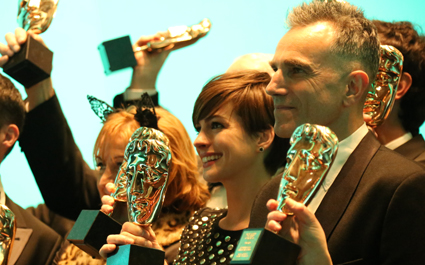 SUCCESSFUL actors enjoyed a rare moment in the spotlight at last night’s BAFTAs.

A BAFTA spokesman said: “In a society where everyone is obsessed with teachers, nurses and engineers, film makers rarely enjoy the limelight.

“But people like Ben Affleck and Anne Hathaway work tirelessly for minimal remuneration and are generally ignored wherever they go.”

Accepting the Best Director award, Ben Affleck said: “Perhaps one day, when people are more interested in actors than people who drive forklift trucks, events like this will be watched by millions.”