Experts warn that winter could last until spring

BRITAIN’S latest winter could last until it stops, experts have warned.

The Met Office is now predicting that spring will not arrive until the weather starts to warm up a bit and then stays like that for a while.

A spokesman said: “We had hoped that spring would start fairly soon, but if it’s snowing then it means it probably hasn’t.

“At some point it will change, maybe late March or early April.

“It should be fairly obvious.” 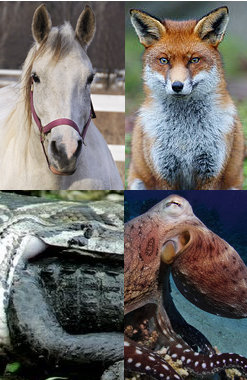 PLANET Earth’s eating habits are out of control, it has been confirmed.

Professor Henry Brubaker, of the Institute for Studies, said: “Have you seen that photo of a snake eating a crocodile? It was fucked up.

“And apparently the crocodile had just eaten a load of butterflies.”

Professor Brubaker has called for an all-species global food summit to decide who can eat what.

He added: “Security will have to be very tight as some species will take advantage of the current lack of regulations to devour their fellow delegates.

“The last thing we need is a three hour delay because a lion has eaten a tiger.”

The Institute has proposed a simplified system were each species is only allowed to eat what it would be ‘reasonably expected to’.

If the species sticks to its prescribed menu for three years then it gets to eat something weird.

Roy Hobbs, a badger from Stevenage, said: “That seems fair. But at some point I would like to eat a cat.”