Extreme weather not going to stop Britons having a fag

BRITAINS cigarette addicts have confirmed that no amount of bad weather will stop them inhaling carcinogens.

With snow and sub-zero winds predicted, smokers said they would be having their fag break even if there is a cyclone with cows and buildings swirling around in it.

Sales co-ordinator Stephen Malley said: I’m in that office for hours at a time, staring at a computer screen, hating everything about the day.

So if you think a bit of rain, thunder or a mild blizzard will stop me going outside for a smoke, you are very much mistaken.

And if you think I should maybe try an electronic cigarette instead, I would suggest you maybe switch to decaffeinated coffee. Yeah.

Hospital patient Nikki Hollis agreed: Major surgery hasnt stopped me from enjoying hourly gaspers in the bus shelter, so Im damned if something as paltry as 16 feet of snow is getting in my way. I am literally burning my way through all obstacles.

Non-smoker Roy Hobbs said: I might be likely to live a lot longer than them, but I wish I had something in my life I was that passionate about.

They are, in their modest way, heroes. 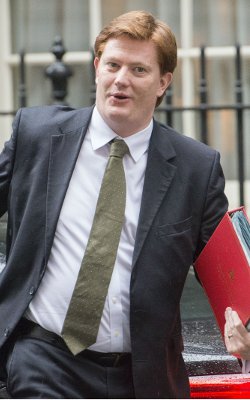 ATTEMPTS by the Liberal Democrats to outline their agenda have been aggressively shushed as soon as they began.

A BBC spokesman said: In the next six months the Liberal Democrats will present themselves as a viable party of government which, for so many reasons, is untrue.

Legally we’re on sticky ground if we actually ban them, so theyre allowed on but not allowed to say whole words. Apart from if, and or but, and to be honest were unhappy about that loophole.

The policy, which has been adopted by all media outlets, is considered to be pre-approved by the public who have been using it on doorsteps and while watching TV since 2012.

Wayne Hayes of Warrington said: The Lib Dems had one idea, we had a referendum on it, they lost.

Listening to them further would be like investigating the back catalogue of Joe Dolce; a waste of everybodys time, not least theirs.

Those constituencies that return Lib Dem MPs anyway, like Brecon and Radnorshire, are expected to continue to do so without anyone ever understanding why.