A CHEAP electrical device stirring air about is not going to stop anyone being very hot, scientists have confirmed.

Research has found that a standard oscillating fan fails to reduce heat levels below disgusting, cooling only the equivalent level of an ant breathing heavily.

Professor Henry Brubaker, of the Institute for Studies, said: “It’s going to be bloody boiling for a week. You’re going to be miserable about it. Fans will do f**k all.

“Stop planning your quick trip to Argos. Gadgets are no use here. They’ll only ensure you wake up in the morning with a mouth that feels like the Sahara desert’s shat in it.

“A wavy device won’t stop your face going red and no matter how much you waft the air about you’ll still get up from every chair with a sweaty squelch. Suck it up.

“Climate change? Yeah, that’s happening. We warned you. A fan’s not going to do any good there either, so stop pissing about with your pointless breeze machine and do something about carbon.”

Hannah Tomlinson of Gravesend said: “Yes, absolutely, I get all that. But hear me out, what about one of those fancy column fans?” 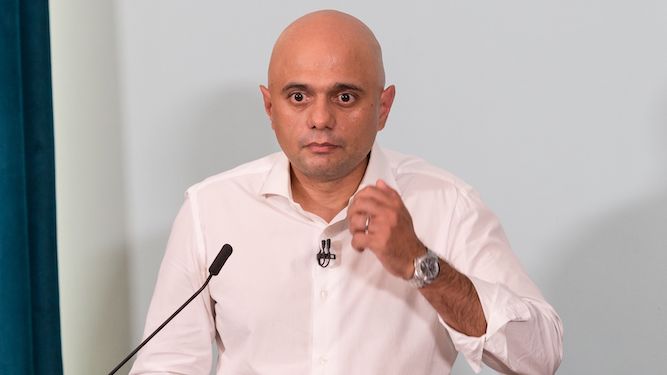 THE candidates to become the next Conservative leader have all backed cutting taxes, cutting public services and cutting the hearts out of the opposition.

The hopefuls, who cover the whole spectrum of political views from hard right to extreme right, have almost uniformly backed reducing taxes, eliminating red tape and the merciless crushing of their ideological enemies.

Backbencher Norman Steele said: “Voters want to see classic, strong conservative policies, such as low corporation tax and ripping out the entrails of union members, students and the woke judiciary.

“Whether Javid or Tugendhat, everyone’s in total agreement that we need to slash the tax burden and stab anyone who dares disrespect Brexit. We will solve the cost-of-living crisis for those people by reducing their life expectancy to zero.

“Back in the good old days politicians could do whatever they liked and sedition carried the death penalty. That’s what everyone wants for Britain. It’s Squid Game as domestic policy.”

Conservative member Wayne Hayes said: “Suella’s promising to abandon human rights and build a throne of the skulls of her enemies, but to Liz Truss they’re not even people. She’d go through them like a farmer scything crops. So I’m undecided.

“But whichever one I back I’m a winner, because I’m confident their new era of blood and suffering won’t affect me. Fingers crossed.”