F**k everything, it's sunny, says public

THE public has decided to ignore all social responsibilities and work commitments because it is sunny out, it has been confirmed.

As the sun continues to beat down, the people of Britain believe it means they must not to go to work and do things like getting drunk in a park instead.

Office worker James Bates said: “I was meant to be doing a big presentation today, but one look out the window and I thought ‘Nah, f**k that’. Nobody has any idea where I am and that’s cool.

“I should probably be worried I’m going to get fired. But it’s hard to care when you’re feeling tipsy and getting tanned and it isn’t even mid-afternoon yet. Everything will be fine, due to the solar radiation.”

Heart surgeon Norman Steele said: “I’ve got a bunch of supposedly life-saving operations to do today. But I’ve decided not to turn up and look at my nice pond instead. It’s sunny, you see.”

Mum-of-two Lauren Hewitt said: “On a normal day I’d be wasting my time doing the school run. But this isn’t a normal day, it’s sunny. In March.

“That’s why I’m driving myself to a lovely field with a hamper of sauvignon blanc in the passenger seat. I’ve left the kids a tenner and some crisps, which is perfectly good parenting when it’s sunny.”

Nauseatingly soppy or jokes about alcoholism: The six types of Mother's Day card 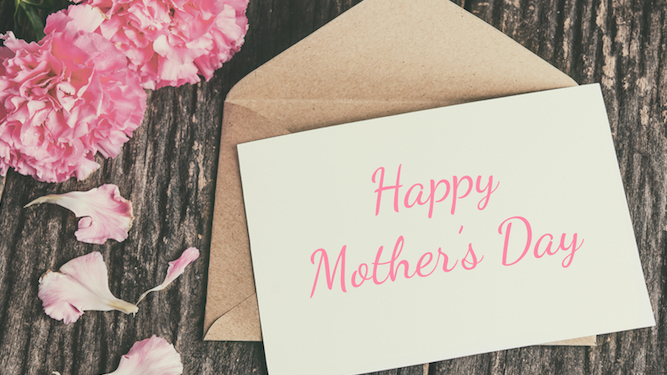 WANT to buy your mum a simple yet thoughtful card? Bad luck. Your options range from pastel monstrosities with flowers to woefully inappropriate humour.

The zero effort choice of card, these suggest you’ve managed to forget everything about your mum’s personality. Or that she doesn’t have one. The pink and purple bouquets are so bland and inoffensive they’ll probably send her to sleep, but if you want a card that says ‘I remembered I had a mother’, it’s a job well done.

Want to imply your mother has a drink problem? Get her a card celebrating ‘wine time’ or ‘mummy’s grown-up Ribena’. Even more awkward if she does actually drink slightly too much. These cards have now branched out into other types of alcohol, so you can inform your ‘ginspirational’ mum that drinking is the only thing that makes her fun.

These horribly over-the-top cards claim your mum is a GODDESS. A SUPERWOMAN. Literally THE GREATEST PERSON IN YOUR LIFE. It’s too much for normal people who love their mum but wish they would shut the f**k up about Brexit or their new carpets sometimes. Ironically, the main customers are probably morons who constantly argue with their mums, but follow every pleb trend and have tattoos of their kids’ names.

From your favourite child

If your siblings don’t see the humorous intent of the faux-bragging you’ve just sparked simmering resentment that could continue until you die. It’s also a very, very tired joke, like those cards of a prim 1950s housewife saying something rude. You’re basically saying, ‘Thanks, mum, for bringing me up with a stunted sense of humour.’

The unwelcome edgy cousin that’s recently crept onto the market. It’s probably best not to thank your mum for painfully pushing you out of her vagina, especially if you’re having a family meal. Ha ha, isn’t it funny that you’re the reason mum has less control of her bladder! Classic.

Cards allegedly from the dog

No. Just no. These are so childishly twee there’s a risk you mum might vomit on the spot. Also she didn’t give birth to the dog, unless she’s a character in a particularly f**ked-up horror movie.