THREE billion year-old fossilised rain made a brief stop in Africa before continuing its inevitable journey to Britain, experts have confirmed.

Fossologists said the imprints of ancient raindrops were exactly the same shape as the trillions of fuckers that fall on Britain every single fucking day.

Dr Julian Cook, professor of it pissing down all the fucking time at Roehampton University, said the fossilised rain was so obviously British it made him want jump in front of a fucking bus that would probably be late because of the fucking rain.

He added: “At least the dinosaurs got fucking pissed on.”

Happiness caused by things you're not actually involved in 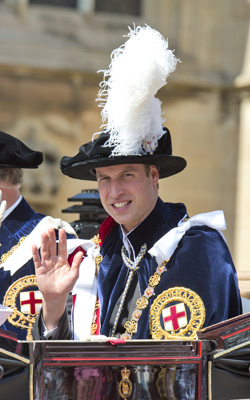 HAPPINESS is the result of things that actually have nothing to do with you, it has emerged.

Big events like a royal baby, the Jubilee or the Olympics are far more important to your inner well-being that anything you might do for yourself.

Professor Henry Brubaker of the Institute for Studies said: “The secret of happiness is to live vicariously through others, especially those who are richer, handsomer and generally less mundane than you.

“Your own existence is just a grim carousel of meaningless toil, punctuated with short breaks to consume caffeinated drinks and something called a ‘cheese melt’.”

The Institute for Studies found that the happiest people were those who believed the newspapers and the telly.

Professor Brubaker said: “If the telly says, ‘this thing is happening and everyone is really happy about it’, go along with that.

“Look at all the smiling faces and the bunting, absorb the joy into your soul. They’re happy. You should be happy too, unless there is something seriously wrong with you.

“In the near future, those who refuse to participate in collective happiness will be tied behind horses and dragged face-down through the streets while crowds pelt them with jagged bits of stale bread.

“And everyone will be happy about that.”