EVEN if you live in f**king London, you can still witness the majesty of Mother Nature all around you. Look out for these wonders:

Nature’s ingenuity knows no bounds and seagulls strive to find food sources wherever possible, for example from tourists foolish enough to wander near the Thames openly eating chips. The sight of a confused American being assailed by dozens of gulls is one of the sublime sights we look forward to post-pandemic.

Foxes are the ultimate nocturnal scavengers, and kebabs are the ultimate foodstuff drunkenly purchased at 2am before being dropped in the gutter. Half-eaten doners pepper London’s streets at night, and foxes ensure they are gone by morning. A wondrous part of Mother Earth’s perfectly balanced eco-system.

Rat in a tube carriage

One of the wildest sights in London is an entire tube carriage shrieking in unison when they realise a rat has snuck aboard and is commuting alongside them. It will spark disgust in humans who naturally fear disease, but sometimes a rat needs to get to Finsbury Park in a hurry as much as anyone else.

A dozen stray cats behind a takeaway

While cats may not live in social packs like dogs, they abide by a strict hierarchy. And there is no sight more awesome than seeing a dozen strays, all living in an alley behind a KFC, battle it out for supremacy and first dibs on a wheelie bin full of rancid popcorn chicken.

Though distressing, death is a vital part of nature. The sight of a dead pigeon on the road may be gruesome, but it will soon become part of the food chain and host to vital micro-organisms. At least until someone from the council comes and chucks it in a bin.

32-year old woman still not sure of bra size 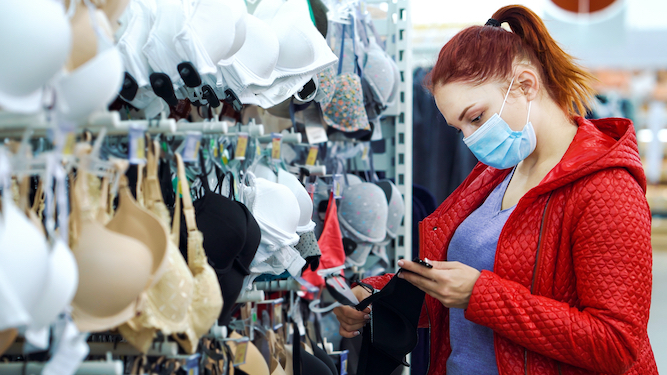 A WOMAN who has been wearing a bra for 17 years still has absolutely no idea what size she is.

Lucy Perry cannot figure out the maths equation necessary to measure herself at home and fears an officious lady in John Lewis going at her tits with a tape measure, resulting in her being utterly clueless.

Parry said: “I go for 34B – the nation’s guess. But because everyone guesses 34B, there are never any in stock.

“This means the aisles are full of women with despair in their hearts and ridiculous items in their hands, like a 32AA basque that might somehow fit, if all the rules of physics suddenly disappear.

“And in terms of style the only two choices appear to be ‘slut’ or ‘matron’, which means either a tiny, uncomfortable thing made from two triangles of red lace and piano wire, or a beige, reinforced affair that covers me from belly button to neck.

“I’ve decided I’m going to make my own bra out of empty grapefruit halves and string. I’ll look weird and never have sex again but it will be less mental than ever going back into f**king lingerie departments.”