Giant Magnifying Glass Revealed As Cause Of Global Warming

SCIENTISTS have discovered a giant magnifying glass above the Earth which they think is the main cause of the global warming the planet is experiencing today.

The enormous lens is floating in space some 45 million miles from our planet and is heating up the Earth by focusing the Sun’s rays on its surface.

However, Professor Wayne Hayes, head of astronomy at Glasgow's Clyde University, said the Earth could easily be saved from the devastating effects of further overheating by simply “blowing the fucker up”.

Prof Hayes said: “It may seem incredible that no one has spotted it before, but we only discovered the biggest cocking planet in the Universe earlier this week, so it's no surprise really.

“Anyway, now we know it’s there we can easy smash it to bits with a great big fucking missile and then just get on with our lives as normal, without having to heat our houses with our own farts, or whatever else it is we are supposed to do these days.”

George Monbiot, the leading climate change activist and regular guest blogger with the Daily Mash, said he was “overjoyed” to hear that global warming was nothing to do with the human race or its modern lifestyle, and vowed to scrap his “crappy bike” immediately, and buy himself a new Jaguar and an Aston Martin “straightaway”.

The veteran campaigner said he had celebrated the discovery of this simple technological solution to the planet’s global warming problem by booking two first class return flights to Nice so he could go fly to his cottage in the South of France, instead of having to walk as usual.

He said: “I can’t described how relieved I am to hear this news. I can’t even sit in a taxi these days without someone calling me ‘a fucking hypocrite’. It will be the first time in years I’ve been able to sit on a plane without wearing a false nose, a stick-on beard and a dress.”

Attention in the scientific community has now shifted onto the question of who put the magnifying glass above the earth in the first place. "Early evidence pointed towards Ming the Merciless, the evil ruler of the planet Mongo," said Professor Hayes. "However, it now appears that it was in fact Friends of the Earth. How ironic." 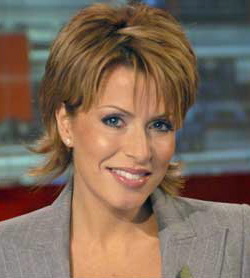 CITY dwellers and townsfolk have branded the latest foot and mouth outbreak “boring” and “not as good as last time” as it looked to be fizzling out after just one week.

Norman Steele, a taxi driver from Bow, East London, complained that only a few hundred cows had been killed so far, none of which had been set on fire for the television news.

His wife Vera, a waitress, said she realised the outbreak was rubbish when Natasha Kaplinsky did not even bother to make the trip to Surrey for the Six O’Clock news.

Mr Steele said: “Last time around there were huge bonfires all over the place but this time it’s been pathetic. I’ve seen bigger flames during a barbecue in my back yard.

“Christ, even the BBC has been forced to show repeat footage from the previous one because it hasn't got anything horrific this time around. If they aren’t going to show any new burning cows I’m just not interested.”

Mrs Steele said it was Ms Kaplinsky she felt sorry for because she “obviously enjoys herself more” when she gets away from “that George Alagiah”.

She said: “I bet she was over the moon at first, thought she might get a new Barbour and some wellies on expenses, and a few nights in a nice hotel. Now look how it’s turned out for her. It’s a shame.”

News that livestock from another farm were to be destroyed did not impress Mr Steele. “Really, by now you’d expect they would have set fire to the whole of Kent,” he said.