Greta Thunberg's class had no idea she was gone

GRETA Thunberg has returned to school to find neither her teacher or any of her classmates noticed she was gone.

The climate activist, who made international headlines with a school strike before touring the world and speaking at the UN, arrived back at her old desk to discover nobody knew anything about any of it.

She said: “I turned to Olof in the seat next to me, and said ‘It really is good to be back,’ and he said ‘Uh? What, you been somewhere?’

“I explained about the strike and the trip across the Atlantic and meeting Barack Obama, but he had already stopped listening and was doodling the logos of rock bands on his notebook.

“My other classmate Ebba swore that I had been here the whole year and that she had borrowed a pencil from me. I said no, I had sailed to New York, and she asked if I had visited the M&M Store.

“At breaktime they confronted me and told me stop telling lies. I said it was true and they said so have you stopped global warming then. And I had to say no, I have not.”

Teacher Pekka Hammar said: “Greta is not so close to anyone, but I would notice if she was absent. These stories about thrilling intercontinental catamaran journeys are just made up.” 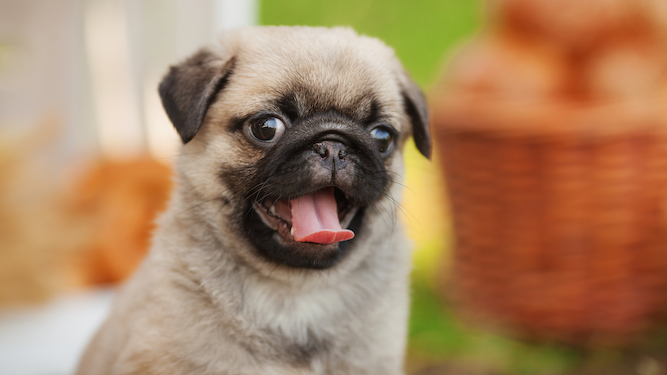 A COUPLE are thinking of getting a knee-high animal with a long history of inbreeding so they can clear up its excrement.

Joshua Hudson and Lucy Parry have spent three years together not picking up faeces, and are excited at the prospect of spending thousands of pounds for the joy of owning a living, defecating thing.

Hudson said: “I’ve always wanted to make a huge and ongoing financial and lifestyle commitment to something that will break my heart when it dies within a decade.

“And, because they look cute in photos, I’ve chosen one whose ancestors have been mating with their relatives for generations and has severe congenital medical issues as a result.

Parry added: “We’ve reached a point in our relationship where we want to have poo bags in all our coat pockets, and our clothes are covered in animal hairs and slobber.

“I’m most excited about the way our home will smell, and I can’t wait to have our food stolen and our lovemaking interrupted by a four-legged friend who barks at the slightest noise and destroys our furniture.

“After all, we weren’t planning our lives around constantly serving the needs of anything else! So why not.”