Hot Londoners urged to bitch about it even more

THE rest of the UK has urged Londoners suffering record heat to bitch about it even more than they already are.

From Manchester, where temperatures are expected to reach 26 and it’s cloudy, to Glasgow under heavy rain, the country is greatly enjoying Londoners moaning on social media about how boiling it is and hopes they continue.

Sophie Rodriguez of Derry said: “It’s pissing down here, but I’m feeling a warm glow inside because the self-important residents of London are suffering so. How I empathise with them.

“Why, from the moment they awoke this morning they’ve been carping interminably about how hot it is. And then they had to get on the Tube! I cannot imagine a more perfect hell.”

Jordan Gardner of Nottingham agreed: “As it approaches midday, and they go out for their crappy little Pret in a crappy little park next to their big fancy office, I hope the whinging reaches a peak.

“Though of course there’s always this evening, when they go home to their horrid little £650k flats and complain about how they’ve got no outdoor space. I’ll keep some reserves of sympathy ready for then.”

Kilburn resident Tom Logan said: “It’s bloody sweltering here, as I assume it is in the rest of the UK which is merely London’s echo. I’d better tell everyone.” 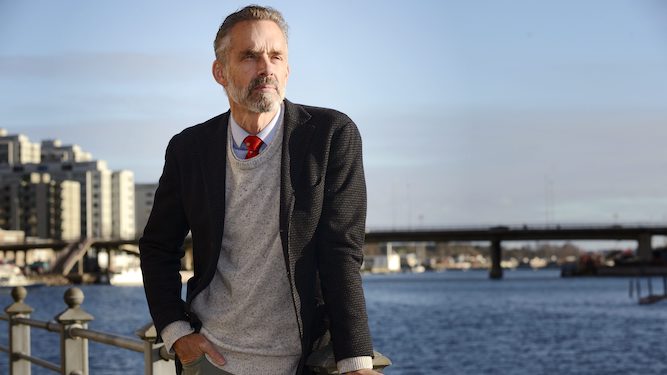 WANT to find out if someone is an absolute bellend? Ask them who their heroes are. If any of these are on the list, you’ll know for sure:

The master of being able to dish it out but not being able to take it, Peterson recently left Twitter whining about being insulted after people pulled him up on criticising the appearance of a plus-size model. A favourite with the kind of crypto bros who are obsessive about free speech as long as it’s saying stuff they agree with.

As a Bond villain, space-obsessed billionaire Elon Musk would be brilliant. He’s even got the name for it. And given that he’s been accused of exploiting workers, animal cruelty and contributing to the global wealth gap, he’s got the personality for it too. Twats love rich twats the most, because they hope to one day be enough of a twat to have as much money as them.

Hartley-Brewer is meant to be a journalist and radio presenter, but her main profession seems to be posting reactionary bullshit online just to rile up her legion of outrage hungry fans. She made plenty of hay out of playing down the seriousness of Covid, and has been accused of being Islamaphobic and transphobic, making her perfect for a particular type of Twitter bellend.

Once an Ultimate Fighting Champion and now the ultimate podcast twat, Joe Rogan has built his career on being an insufferable tit. He’s made millions of dollars peddling his opinions to the type of dickhead who uses phrases like ‘woke mob’ while still managing to take themselves seriously, and has such cult-like appeal that he’ll probably end up president of the United States some day soon.

The original wanker for wankers, Brand gave up being an annoying comedian who married pop stars and bullied actors on the radio, in favour of becoming a full time crackpot YouTube conspiracy theorist. He attracts the type of idiot who describe themselves as ‘free-thinking contrarians’ and other people as ‘sheeple’, without seeing the irony in being one of Brand’s many gullible acolytes.