HAVE you returned from the garden centre with seven packets of seeds and a warm sense of contentment? Here’s how to nip those weird middle-aged feelings in the bud.

Dye your hair an edgy colour

Grey, green, blue, purple, pink; the young people are doing it and they only go to garden centres when embarking on doomed attempts to grow weed. You’ll hate your new hair colour, it’ll make you extremely self-conscious and you’ll avoid mirrors: just like a teenager.

Take some dubious drugs
Ashamed of how natural it seemed to buy plant food? Snort something deeply unnatural that’s been sold as ‘plant food’. Nothing halts those cosy adult feelings like the sweaty, stressful anticipation of wondering whether what you just shoved up your nose off a dirty toilet cistern is going to kill you.

Learn about the Kardashians
Nobody under 25 can actually make sense of what the Kardasians are for, apart from being insanely rich and having big arses. By truly understanding this mystery, you will achieve everlasting youth.

Have an affair
If you went to the garden centre with your partner, you probably blame them for turning you into a stuffy middle-aged bore. Having an affair will turn that around, unless it’s an affair that begins when your soil-caked hands meet over a tray of seedlings. Which it will be. 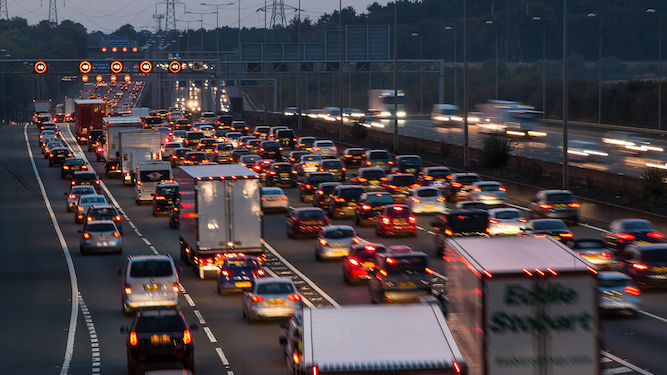 A WOMAN who decided to get out of of the capital for Easter was stunned to find that every single other London resident had the same idea.

Carolyn Ryan made the spontaneous decision to get out of the capital after hating it for months, but discovered in a six-mile M4 tailback that her idea may not have been as original as she had thought.

She said: “I thought all the other Londoners loved it. I thought I was different.

“But no, as it turns out all it takes is four consecutive days off work and the entire population of the city makes a desperate dash for green spaces and freedom. Simultaneously.

“It’s already a real change us all being crammed into nose-to-tail cars, alive with frustration and loathing for each other, unable to move and burning money, because usually we’re doing that vertically in our flats.”

Experts have confirmed that the population of London has diminished by exactly 100 per cent, with 100 per cent of those people intending to return to the city late on Monday evening.

Penge resident Emma Bradford said: “I completely forgot it was Easter until I went out into the deserted streets, not a soul in sight, a deer grazing on the green. Still a shithole.”