POSH sourdough bread is the same as normal bread but the baker has told it about aspirational lifestyle shit like mindfulness, it has been revealed.

The baking process is similar to bread for common people, except with the secret ingredient of the baker whispering to it about wanky lifestyle choices at the proving stage.

Baker Nathan Muir said: “The essential ingredients in a loaf are yeast, flour, water, salt and information about shit like underwater yoga, holidays in Stockholm and French bulldogs.

“Without the final addition it is just normal bread. Sure, you could ponce it up with basil and olives, but I prefer telling it about eco-friendly weekend breaks.”

Consumer Tom Logan has been buying sourdough because it comes in a brown paper bag like an American school child’s lunch, which he thinks is cool for some reason.

He said: “I had to change from my usual brand after the baker lost his voice and couldn’t give his bread its unmistakable taste of pretension.

“I was sceptical about trying a new bakery, but thankfully there was a sticker on the bag saying ‘This bread has been told about ride-sharing’.”

Dentist making you feel like a lying bastard again 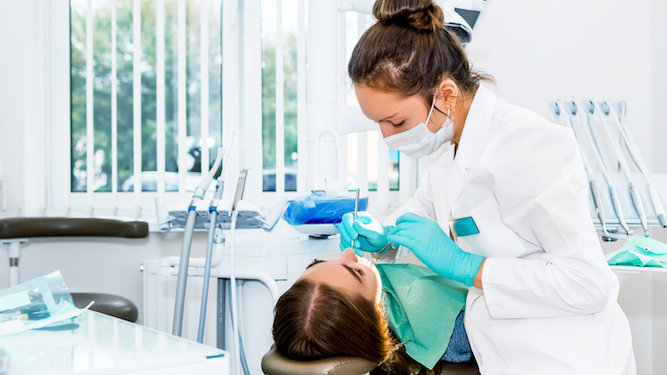 A DENTIST regularly makes patients feel as if they are lying, untrustworthy scumbags when they go in for a check-up.

Dental practitioner Emma Bradford quickly hones in on the lies and evasions of clients who have not been telling the whole truth about flossing regularly and ‘cleaning at the back’.

Patient Martin Bishop said: “Every time I go it’s like I’m being questioned by the police about a horrible murder. But all I’ve done is be a bit slack about brushing round my gum line.

“I know Emma can’t send me to prison for not using my interdental sticks, but she can make me feel like a worthless sack of shit who doesn’t appreciate having a lovely set of teeth.

“I used to think I was a good person, but after a trip to the dentist I realise I’m a sneaky bastard who tells fibs about using his plaque disclosing tablets. God I hate myself.”

Bradford said: “There’s no point in lying to me. I look at teeth every day. I can tell if you just started flossing again two days ago because you remembered you’d got an appointment.

“Nobody likes a liar. Sometimes I feel like getting out the special pliers and pulling out a tooth as punishment. But then they’d probably just go to Mr Hardy down the road.”