DRUNKEN polar bears will be able to get piss-poor pints of Guinness in sub-zero theme pubs after proving their Irishness.

As mitochondrial DNA tests showed that the animals are more Irish than anybody in their national football team, pub chain Shillelagh O’Blarneystones are loading dog sled teams with piles of Dubliners CDs and huge vats of colcannon.

Manager director, Stephen Malley, said: “We’ve bought a polar weather centre and have thrown out all the scientific equipment and replaced it with uncomfortable wooden furniture and posters of Thin Lizzy.

Two tonne polar bear, Roy Hobbs, said: “I’ve always felt that when I ripped the throat out of baby seals to feed my young I was doing so with a deeply poetic soul and the stark frozen tundra recalls, for me, the rolling hills of Kilburn.

“I imagine my Irish ancestors, hundreds of thousands of years ago, probably migrated further and further north to avoid burning to a crisp in the warm sunshine. Either that or they were driven out of their woods by the English? Look, I’m new to this, give me a minute.”

Zoo staff are preparing themselves today for dangerously boring conversations with bears about how their enclosures aren’t a patch on ‘the old country’ and what a friendly bunch of enormous, bloodthirsty predators they are.

London Zoo keeper, Nikki Hollis, said: “I was cleaning out the pen of Pipaluk – or ‘Seamus O’Flaherty’ as he now insists on calling himself – and I caught him trying to Riverdance.

“Then again watching this enormous beast doing a freaky tapdance on a set of claws like scythes was nowhere near as disturbing as his later attempt at over-wrought, messianic stadium rock.

“That was fucking hellish.” 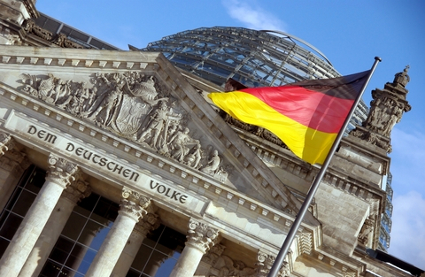 Angela Merkel said the massive European nation must pay the price for things that happened when none of the people who currently live there were alive.