THE self-help industry has air dropped thousands of books on Ethiopia so that drought victims can manifest abundance from the universe.

Extended drought has caused severe food shortages in the Horn of Africa, prompting hundreds of wealthy self-styled gurus to join forces for a massive air drop of their shiny embossed-covered paperbacks.

“Whether your desire is a limited edition Range Rover with calfskin airbags, that red-haired cutie in the works canteen or, as is the case here, just barely enough food to keep your family alive, you simply have to communicate with the cosmos on the correct psychic frequency while repeating the matntra ‘me-me-me’.”

He added: “A humanitarian disaster like this is so much more than an amazing marketing opportunity. It’s a chance for Africans to become cosmically self-sufficient.

“If it works, then within 10 years they could be paying to come to my inspirational seminars.”

Emma Bradford, gimlet-eyed author of Angels Don’t Think You’re a Cock said: “Actually if you really attune your mind you don’t even need food or water. We can just live on light and air.

“I’m having light and air for dinner tonight, perhaps with a few fine quality meats and cheeses just out of deference to my less enlightened house guests.”

Meanwhile, the Asssociation Self-Helpers has denied that a four-year-old Somali boy was killed after being hit by a falling 21,493-page copy of Deepak Chopra’s Massive Load of Bollocks.

More people are going to read the Mail on Sunday 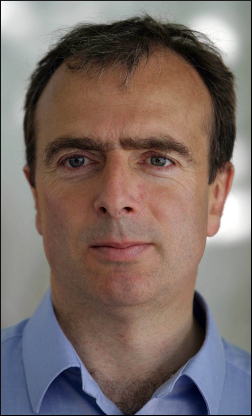 THE readership of the Mail on Sunday will increase, it is as simple as that, experts warned last night.

The closure of the News of the World will mean the planet’s most disturbed thing will now be bought by thousands of tabloid readers who are not intimidated by the dreaded ‘third syllable’.

Media analyst, Julian Cook, said: “The ones who just like the pictures will now point and howl at the Daily Star Sunday – oh yes, there is such a thing.

“And those who bought the News of the World as some kind of edgy, ironic statement will just go back to reading whatever dicks normally read.

“But the hard, cold, sickening fact that will become this country’s epitaph is that hundreds of thousands of people will now drift within the gravitational pull of Peter Hitchens.

“So those FUCKING ARSEHOLES at the Guardian might want to think about that shit for a minute before they pop the champagne that they can’t really afford because they haven’t made a profit since 1642.”

He added: “The News of the World did some nauseating, ghastly things, but it’s not Hitchens. It’s not even close.

“By default, we have increased the audience for pure, cruel, mindless hate. Well done!

“Then again, at least Peter Hitchens only hacks into to his own voicemail to find out what his multiple personalities have been telling him to do.

“But for British culture, I’m afraid it is a case of ‘out of the frying pan, into the mental hospital’.”