Thinks he is a fish-guzzling evil genius

The seals, thought to be responsible for killing several porpoises, have sent officers a series of ‘cryptic’ messages.

Detective inspector Tom Logan said: I suspected the seals were attempting to contact us when I received a soggy envelope covered in seaweed.

Inside was a message implying the killings were connected to signs of the zodiac, but I dont think theyd thought it through properly because it was too vague to lead to a proper battle of wits.

Then I got one with a nursery rhyme and some extremely easy anagrams, which I immediately worked out as Jack and Jill went up the hill to catch a tail of porpoise.

That was poor too because it doesnt quite make sense and they obviously got the idea from Die Hard with a Vengeance.

Logan added that he would not be following instructions to deliver a crate of fish to a location in the North Sea because it was obviously an attempt to toy with him and seals cannot be charged with crimes anyway.

Grey seal Roy Hobbs said: The police can work out the date of my next murder by cross-referencing verse numbers from the Bible with Catcher in the Rye, but only if theyve got exactly the right editions.”

'Perfectionism' just an excuse to have massive tantrums 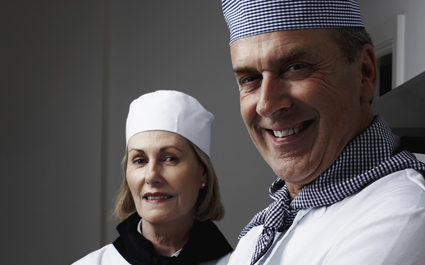 PEOPLE who claim to be perfectionists are just moody bastards, it has emerged.

The Institute for Studies found that self-styled perfectionists were not really interested in being better at things, but simply wanted an excuse to shout at people.

Professor Henry Brubaker said: “People describe themselves as perfectionists like it’s a medical condition. In America they even call it a ‘Type A personality’. The subtext is ‘so I have full clearance to be a dick’.”

Professor Brubaker believes that despite the claims of perfectionists to be a bit special, nobody likes things to be done badly.

“If you ask someone whether they would rather have a perfect cake or a smashed-up one with dirty fingerprints all over it, the answer is pretty obvious.

“Therefore everyone is a perfectionist. Or to put it another way, perfectionism is just bollocks.”