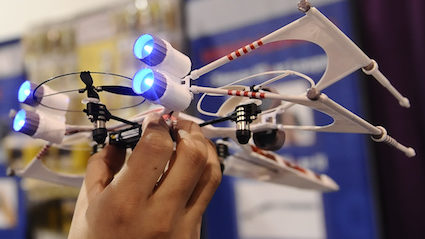 ANGRY men have told Tesco to remove signs implying toys are for children.

The supermarket has labelled goods as being ‘gifts for boys or girls’ when some of them are actually X-Wing Fighters or really big water guns.

Sarah Bishop, from Stevenage, said: “I was in Tesco with my husband Martin and we saw a Bat Bike next to a sign saying ‘great gifts for kids’.

“So I immediately got my phone out and took a photo of Martin holding the box and looking really grumpy.”

Mrs Bishop and her two young daughters then moved the Batman toys, the action figures and all of the Lego to a different part of the supermarket while Mr Bishop sat in a trolley with his arms folded.

A spokesman for campaign group Let Men Be Boys said: “Men should be able to buy things without the childish pretence that they are either collectables or intended for a child.”

Mrs Bishop added: “Come on Tesco bosses, sort it out. Or Martin and his friends will find out where you live and kick the shit out of you.”

New terror bill to make everyone spy or terrorist 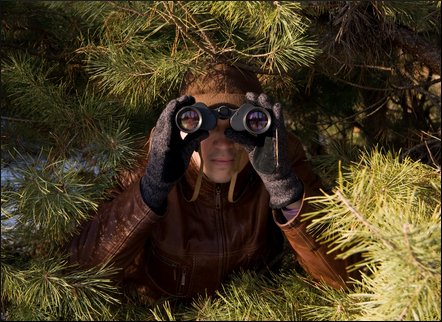 THE new anti-terrorism bill will give everyone the choice of being a spy or an enemy of the state.

It’s all going to be very sexy

Home secretary Theresa May said the bill would empower millions of people to communicate, exchange ideas and use flimsy pretexts to denounce anyone they dislike.

She added: Once youve made your choice you will be part of a dynamic, 21st Century network that’s all about people and having fun.

Or youll be dragged from your bed at 3am and flown to an abandoned abattoir in Turkey.

Under the bill spies and terrorists will sign-up via their Facebook, Twitter and LinkedIn accounts. Meanwhile, the bill also sub-contracts many of the functions of MI6 to the O2 ‘Be More Dog’ campaign.

Anyone not on social media will have chosen terrorism by default and be sent to the Turkish abattoir.

Mrs May said: Once everyone on social media is spying on each other Britain will be a much happier place.

In exchange for their efforts every spy will be served with a huge range of adverts and each month one lucky winner gets to have lunch with Malcolm Rifkind.