London to take weeks to recover from 20 minutes of snow

LONDONERS have been warned to brace themselves for severe delays on roads and railways for months to come following yesterday’s 20-minute flurry of snow.

With snow falling up to a millimetre deep in some parts of London, the city’s infrastructure has inevitably buckled under the strain.

A Transport for London spokesman said: “We have taken a pounding.

“Temperatures plunged to as low as five degrees in parts of the city, and our network simply cannot cope with relentless, Arctic onslaughts like this. We’re a sunshine country, built for sunshine.”

Commuter Nikki Hollis admitted she was dismayed at the news that her bus was cancelled until February, but that she understood.

She added: “It was one of those ‘Where were you when Snowmageddon happened?’ moments. Luckily I was indoors but even Facebook was a blizzard of ‘Snow!’ ‘OMG snow!’ ‘OMG snow LOL!’

Mayor Sadiq Khan said: “Let the snowflakes tumble down in their tens, their dozens, their hundreds. We will withstand them as we withstood the Luftwaffe. Expect gridlock on the M25 till March.” 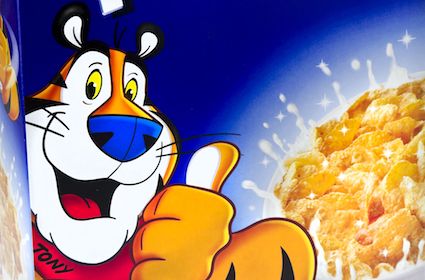 TONY the Tiger has roared in triumph after finally defeating rival sugar-frosted cereal Ricicles after more than 50 years.

The Frosties mascot first swore a vendetta against Ricicles in the 1960s and, five decades later, has seen them removed from sale.

Tony said: “They were never worthy to share a shelf with the king of cereals. Let alone a Variety Pack.

“But, never popular, they clung to life for far longer than anyone could have thought possible. Always my inferior, trying desperate fads like marshmallows, never loved but still somehow there.

“I vanquished mascot after mascot. Noddy, originally. My own ‘brother’ Tony Jr, in the 1980s, twisted lie that he was. And finally Captain Rik the astronaut, last to feel the kiss of my claws.

“Now, Ricicles are no more. They will not be missed. No social media campaign will be launched to bring them back. Even the stoned will not mourn them.

“What now? Coco the Monkey, and his jungle army? Perhaps. Predators such as I do not rest. They only kill.”