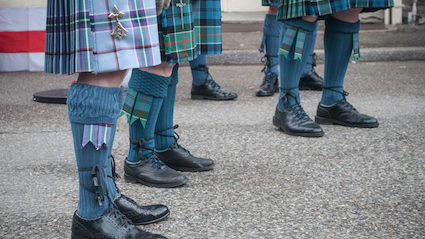 Institute spokesman Wayne Hayes, said: “A typical scenario will be at a middle class party when a Scottish person is introduced.

“Within moments he or she will be asked if they know ‘wee Tommy from the glen, used to take us fishing, lovely chap, quite a temper, four foot six, smelled of pee, you must know him’.”

Hayes added: “Another typical comment would be, ‘you sound just like Alan Hansen, I suppose you must have been in jail together at some point’.”

Scotsman Bill McKay said: “Like virtually everyone else in Scotland, I only know five people.” 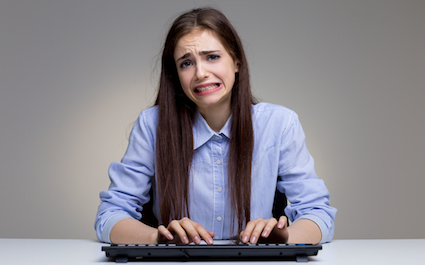 THE nation has reluctantly come to the defence of Theresa May after she was attacked for totally unfair reasons for once.

The prime minister was attacked by President Trump for daring to half-heartedly object to his dissemination of far-right propaganda, causing Britain to rally around a woman they unreservedly hate.

Helen Archer of Colchester said: “Hey. She may be a useless fucking idiot, but she’s our idiot.

“It’s weird because until he hit back, we all agreed her weak attempt at a reprimand was as pathetic as everything else she does. But the second Trump had a go, I felt unfamilar patriotism swelling.

“Only we’re allowed to slag her off, you citrus prick. She’s shit, but she’s nowhere near as shit as you.”

Teacher Susan Traherne agreed: “I actually wrote a Facebook post in May’s defence. It was excruciating. My fingers suddenly felt all heavy, and everything in me wanted to delete it, but it had to be done.

“I just hope Trump moves on to someone else soon, so we can all go back to taking the piss out of her disastrous premiership and normal order can be restored.”