M25 'just ends up back where it started'

THE M25 is a huge waste of money that goes round in a loop and just ends up back where it started, according to a devastating new report.

MPs have discovered that the motorway does not even go anywhere and instead sends motorists in a pointless circle around greater London.

According to the House of Commons transport committee, the M25 had already cost taxpayers £15bn even before ministers approved a £1bn plan to widen bits of it instead of making it go somewhere interesting or useful.

The report stated; “The improvement programme presented ministers with a perfect opportunity to take the M25 over to the seaside or up a big hill with a nice view. Or perhaps even to Norwich.

“Instead they have simply made it easier for more cars to go nowhere at all.”

Roy Hobbs, deputy chairman of the Royal Institute of Chartered Engineers, said: “The M25 is the greatest engineering scandal since the west coast mainline was found to be an elaborate hoax involving film sets and bits of old scenery from the Theatre Royal.

“If I was going to build a road I would want it to go from one place to a different place. I wouldn’t just draw a circle on a map and then say ‘do that’ to a bunch of builders.”

He added: “The M1 goes to a huge variety of windy Northern hellholes, while the M4 could take you all the way to Wales if things ever got that bad.

“The M6 has two distinct ends that are miles apart and the M5 is absolutely brilliant at getting people from Clevedon to Tewkesbury. 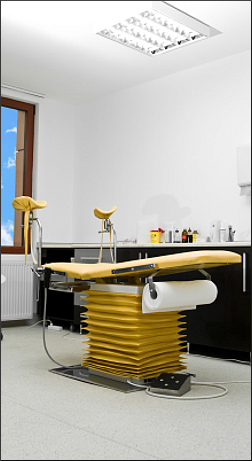 THE increase in the bank levy could force senior bankers to cut back on luxury ball-fluffing, it has emerged.

Chancellor George Osborne has brought forward plans to take an extra £800m from the banks in a move the industry warned could lead to a 25% cut in the scrotal enhancement perks offered to senior executives.

Barclays currently spends £220m a year running a state of the art scrotum spa on the top floor of its London headquarters.

A spokesman said: “The executive undresses, positions himself in the Fluffing Chair and places his ankles in the stirrups while a crack team of Vietnamese schooolboys sets about his groin with shampoo, conditioner and a range of fragrant oils

“He can either have his testicular area hand dried with eagle feathers and buffed with a chamois or we can use a Bang and Olufsen hairdryer and a velvet coated sponge.

“Or if it’s a nice, sunny day the executive may want to stand on the terrace and let his balls dry naturally while urinating onto pedestrians 300ft below.”

Martin Bishop, deputy director of the British Bankers’ Association, said: “If this new levy goes ahead banks may be forced to lay off dozens of Vietnamese children who will simply end up being forced to do black-market ball polishing for trade union leaders and Labour MPs.

“It’s a simple choice – we can either continue to pay ourselves as much as we want or you can feel the spray of fresh urine on the top of your head accompanied by the distant laughter of a rich man with a five star nutsack.”