A MAN’S neighbours are wondering how he could have spent such an insane amount of time mowing a fairly small lawn.

Roy Hobbs spent most of Sunday cutting the grass with a noisy electric mower, starting early in the morning to cause maximum annoyance.

Neighbour Donna Sheridan said: “He started at 8am and continued until late afternoon, which was odd because he’s got a normal garden, not Wembley Stadium or an Alpine pasture.

“I don’t object to him cutting his grass, it’s just that listening to a lawnmower isn’t my favourite way of spending one of my two precious days free from capitalist wage slavery.

“I assume he was obsessively getting every bit of the lawn perfect, in which case he is a sad bastard and I hope he runs over the cable next time.”

Hobbs said: “I turn it into a fun little game by imagining the blades of grass are people who’ve wronged me and now face savage retribution from the Blades of Dismemberment.”

Hobbs revealed his next project would be a whole weekend annoying the ‘absolute fuck’ out of everyone with an incredibly piercing hedge trimmer. 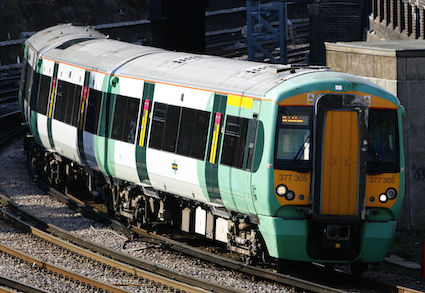 COMMUTERS using Southern Rail will need an advanced degree in modern poetry to know when their train is due.

After months of staff disputes over acceptable levels of contempt for passengers, the new timetable was self-published in a slim volume called Intimations of Movement.

A spokesman said: “The East Croydon to London Bridge service, like a hessian crow, eyes the world with a jaded eye, except for weekends and Bank Holidays.

“But hist! A droplet of ochre rain lies on the ground, cursing heaven as it shivers, and all men must find alternative routes until further notice. Possit mutara tempore.”

The work has already been adapted for the stage, with Patrick Stewart set to do a reading of the Brighton to Victoria line at the Albert Hall, accompanied by Brian Eno. Tickets have already sold out to passengers keen to know how they are meant to get home.