Having spent the best part of the last year trudging daily around the same village green, James Bates of Consall can now identify every blade of grass by their appearance and personality.

Bates said: “I live on my own and I’m been starved of company. So I was delighted to find that the park is cram-packed with real green characters shooting up out of the ground.

“There’s the lovely Hudson family all clumped together by the duck pond, and the friendly Wainwrights arranged in a neat little tuft by the memorial bench. Whenever I walk past I always give them a wave.

“Sometimes, in the evening, I come and have a few cans with them. It’s like my pub.

“I steer clear of the long, trampled grass by the trees though. Years of getting shat on by dogs has turned them into a really nasty mob. Move past swiftly. Don’t meet their eyes.”

Council worker Norman Steele said: “We’re meant to be strimming next week. This could break him.”

Six twatty things Trump can do today before f**king off 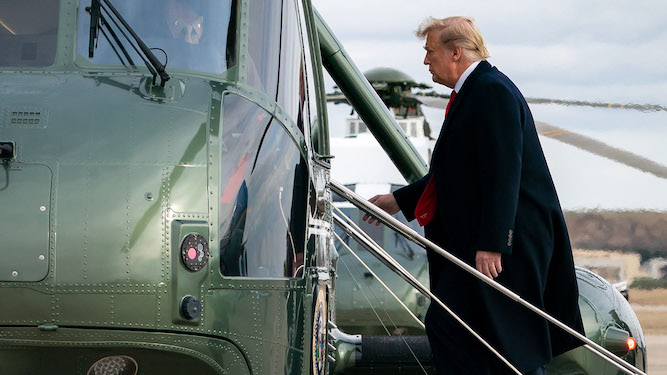 DONALD Trump has just 24 hours left in office. What final anti-democratic asshole acts can he squeeze in before he finally departs?

Like the tight bastard you bought your house from, Trump will pillage the White House for curtain rails, light bulbs and towels. Air Force One won’t be coming back from Florida and the Mar-a-Lago Resort will soon include Mount Rushmore.

A final bit of Hillary defamation

Time is short, but Trump will remain laser-focused on what really matters – personal attacks on Hillary Clinton. The last White House statment will announce ‘The Monster of Benghazi has blood on her hands. SINK the Ping Pong Pizza Epstein PedoSubmarine!’ A dignified departure.

Get a new Melania

Donald and Melania share no deep bond of love and trust. They do not enjoy hanging out together. Deeply in debt and the timer ticking, Trump needs a new robot girlfriend while he still has the kudos of being president. Foxy UKIP hottie Katie Hopkins will be up for it.

The Trumps are such petty-minded bastards they’ll spend their days crapping in every cistern in the Executive Residence, leaving their little presents for the Bidens.

Trump has been spoiling for war with Iran since taking office, but if that’s too hard to get off the ground why not the Solomon Islands, Liberia or Puerto Rico? He could stand on the deck of an aircraft carrier with everyone saluting him. He’d like that.

With one day left, of course Trump believes he can overturn the election and win a second term as president. He’ll attempt to achieve this by his usual method, whining. Then he’ll leave the wheelie bins open so they fill with rainwater and Biden gets litres of bin juice on his suit when he tips them out.