Massive rats just want to get on your face at night

BRITAIN’S 2ft super-rats have said they only want to scrabble about on your sleeping body.

Fucking enormous rat Stephen Malley said: “Despite our intimidating, some might say revolting, appearance, we are friendly creatures who want nothing more than to get on your face while you are asleep, because your head is so nice and warm.

“Maybe the first few inches of my tail might accidentally go up your nostril, or my large claws might leave indentations from clutching your temples, but it’s absolutely nothing to worry about.

“I will even lick up your excess saliva – for free! Probably you won’t even wake up to find my black eyes peering directly into yours.

“There’s a lot of rat scare-mongering but we love humanity for giving us tunnels and chicken bones, and building the city of Ratopolis or as you call it, London.”

Mad Men to conclude with creation of Um Bongo ad 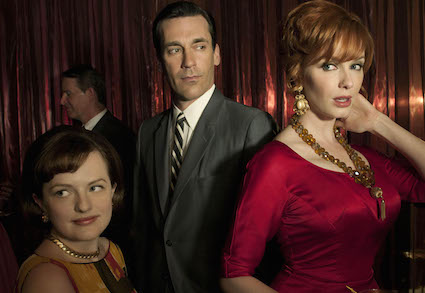 THE new series of Mad Men climaxes with the writing and recording of the Um Bongo advert.

The Um Bongo campaign, widely recognised as the pinnacle of advertising, is revealed to be rhythmically inspired by the bouncing breasts of Christina Hendricks.

A show insider said: “We speed through the 1970s, seeing Don Draper come up with the R. Whites ad when back on the booze and the Smash ad while idly playing with two ladles.

“But by the mid-80s, he’s an old man struggling to recapture past glories who hasn’t had a hit since the Tefal Men.”

With the Um Bongo campaign his only hope, a desperate Draper drops six tabs of acid at the Bronx Zoo and hallucinates a 20-minute CGI sequence of the animals themselves making a tropical fruit drink.

Found slumped against the hippopotamus enclosure muttering “It all starts with that guy…” Draper works on the ad through the night, browbeating Peggy to find something for the marmoset to pick and a “decent goddamn rhyme for mango”.

In the last scene of the final episode, Draper is shot and killed on a business trip deep in the Congo by furious tribesmen who have never tasted the drink.