Good-looking people come out of hibernation

SUNSHINE has brought Britain’s attractive people out of the chrysalis-like pods where they spend most of the year.

Parks and outdoor cafe tables are teeming with good-looking individuals, who belong to a plant-like species that is very different to most Britons.

Professor Henry Brubaker of the Institute for Studies said: “The reason you don’t see many attractive people in the UK for most of the year is that they are not human as we understand it.

“Their species has 40 per cent plant DNA and spends the cold majority of the year sleeping in six-foot pea pod things like in Invasion of the Body Snatchers, which rejuvenates their awesome looks.

“When the weather improves, they hatch and go to parks where they frolic.

“Good-looking people take their energy from the sun’s rays rather than food, which is why they don’t have to eat chips and go to the toilet like the rest of us.

“However it’s best just to admire them from a distance, they are fragile and can crumble to a fine powder if touched.” 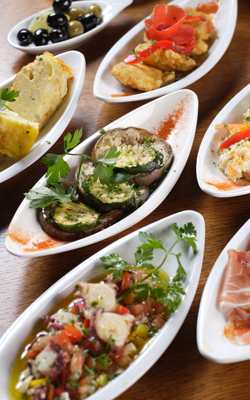 TAPAS-TYPE meals are proof that the concept of sharing is overrated, it has been claimed.

Researchers visiting ‘small plate’ restaurants found the experience to be deeply stressful and not as good as conventional ‘big plate’ dining.

Professor Henry Brubaker of the Institute for Studies said: “We are conditioned to believe that sharing is intrinsically good, but in fact it’s just annoying.

“Our group ordered four dishes each with the idea of pooling resources.

“The most appetising-looking ones were instantly consumed, leaving only the potato salad and a bowl of minty peas that was the ‘obligatory vegetable’.

“So we see that sharing doesn’t benefit everyone. In fact it creates a desperate, Darwinian struggle for resources where only swift-fingered vultures can thrive.”

Tapas restaurant owner Roy Hobbs denied that selling little dishes of anchovies costing six quid was an exercise in profit maximization masquerading as a chance to be a better person.

He said: “Sharing is good and fun. Because…ok I can’t back that up. It just is.

“Only a dreadful human being would think otherwise.”