Nuclear strike on Coachella festival 'not a bad idea'

President Obama said: “Like most people, I am familiar with this event only through newspaper pictures of gurning former Disney stars, billionaire’s children and people in camouflage trousers.

“While the destruction of Coachella would cost many thousands of innocent lives, it would also take out Paris Hilton, all her friends and huge swathes of people called Brody with massive pectoral muscles.

“My feeling is that if Kanye West shows up, it’s on.”

Scouts to earn badge for running an artisan food van 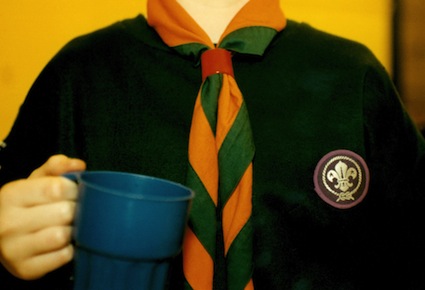 CREATING an aspirational street food brand is one of a series of new scouting badges, it has been confirmed.

Scout Kyle Stephenson said: “We still have to cook over a camp fire, but then we sell the resulting burgers and sausages from a 60s VW van with the words ‘Munchie Deluxe’ written on the side.

It’s not so much ‘bob-a-job’ as ‘eight quid for a burger whose provenance can be traced through eight generations of pedigree Jersey heifers.”

However some feel that hunting and erecting makeshift shelters are precisely the kind of things scouts should be learning as the world lurches toward another world war.

Scoutmaster Wayne Hayes said: Once the Ukraine is a smoking crater and half the planet is reduced to rubble, knowing how to build a camp fire to stave off giant mutant newts is going to come in very handy.