A MASSIVE toad has his area of riverbank totally under control.

Squat, confident amphibian Wayne Hayes said: “Whatever happens on this riverbank, it gets run past me first.

However Hayes denied involvement in the disappearance of a water vole that dug an unlicensed burrow near the big lily pad.

He said: “That vole just had to leave town for a few days. I think his aunt was ill or something. He’s fine.

“People were saying I looked more bloated than usual after he disappeared, but I’m bloated all the time. 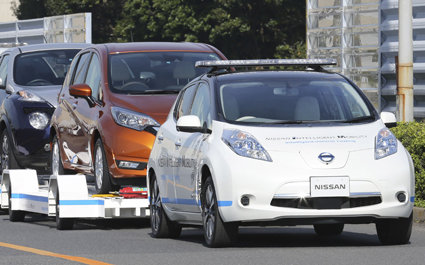 THE owner of a new electric car is excited about being towed everywhere.

Speaking from the cab of a recovery vehicle, Julian Cook said: “Who knew that buying a battery-powered car in a country with barely any electric car charging infrastructure would lead to me getting stuck so often?

“At least I get to stand around charging points loudly talking to other electric car owners about how we’re saving the planet, and complaining about ICErs – that’s internal combustion engine drivers who always park at our special charging points like school bullies.

“Another bonus is just how many exciting tow-truck rescues I get to experience. For most people, that’s a once-in-a-lifetime thing, but I do it about three times a week.

He added: “The tow truck drivers even have their own nickname for me, it’s ‘Not This Bloody Idiot Again’.”