AFTER five days of disciplined self-control Britain finally gave in last night and blamed the Met Office for volcanoes.

Across the country vaguely annoyed people found themselves rolling their eyes at the very mention of the Met Office before launching into a hellish 20 minute monologue about why it has always been rubbish when it comes to magma.

Meanwhile a Facebook campaign has been launched demanding an inquiry into why it took so long to blame the national weather forecaster as Twitter users exchanged ideas on the best way to kill and cook Philip Avery.

Roy Hobbs, a television viewer from Peterborough, said: "If something is happening in the space above my head then surely that's the responsibility of the Met Office. And if not then I honestly don't know what the Met Office is for. I really don't."

He added: "Last summer my neighbour put a small amount of petrol on his barbecue causing some black smoke to drift across into my garden. I immediately phoned the Met Office and asked them what the hell they were playing at, but after spending an hour and 45 minutes trying to explain to me in a calm and reasonable manner that barbecue smoke was not within their remit, they eventually told me to just fuck off. That's the sort of people we're dealing with."

A Met Office spokesman said last night: "I genuinely hope that you all die."

But NATS, the air traffic control service, defended the the Met Office and released a film of a fully laden passenger jet plummeting from the sky and crashing into the ground in a massive fireball.

NATS deputy director, Tom Logan, said: "It's really a question of how many of these you're willing to put up with. If it's 40 or 50, then that's fine. We'll crack on."

Meanwhile council workers in Kent are still scraping off tourists who slammed into the White Cliffs yesterday after being fired across the channel from Calais.

The coastguard confirmed the search had been called off for most of the human cannonballs, though one family from Hastings complained there was a barely-conscious fat man stuck half way through their kitchen window clutching an amazingly cheap bottle of wine.

But one tourist had an unlucky end to his cross-channel flight. Bill McKay was coming into land at the Sainsbury's car park in Folkestone when two delivery men crossed his path carrying a trampoline.

Mr McKay ricocheted off the device in the direction of Portsmouth where a second pair of trampoline delivery men sent him hurtling towards Swindon where he then landed in the yard of an air bed factory before bouncing over a fence and into the path of the 12.45 from Paddington to Bristol Temple Meads.

His friend Julian Cook said: "Bill lived in Wantage, so he was actually getting closer with each bounce. What a shame."

Goldman Sachs 'Did Not Have Magic Beans' 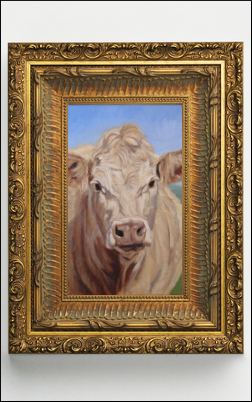 MERCHANT bank Goldman Sachs has not been using magic beans to generate its multi-billion dollar profits, it was claimed last night.

For years investors believed that fund managers at the Wall Street institution have been climbing a massive plant in the back garden and stealing supernatural geese from a cumbersome giant.

But now regulators in New York are investigating claims that the bank is not able to harness the power of magic and has instead been using the traditional investment methods of manipulation and bullshit.

Roy Hobbs, deputy chairman of the Securities and Exchange Commission, said: "When an investment company makes billions and billions and billions of dollars regardless of the prevailing market conditions, it is only natural to assume that it has something to do with beans and geese.

"But last August I was walking past the Goldman Sachs headquarters and was struck by the absence of an enormous green trunk disappearing into the clouds.

"After thinking about it really hard for a few months we then raided their offices and recovered a grand total of one goose which was not magical in any way and seems to have been installed in the men's room to provide a twisted form of executive relief."

Millionaire property developer Charlie Reeves, who has invested his fortune with Goldman Sachs since the mid-1980s, said: "The money just kept coming and coming so I naturally assumed the company was really owned by the Count of Monte Cristo.

"But after a few years I noticed they were not overwhelmed by an obsessive desire for revenge and so like everyone else I believed it was probably just a run-of-the-mill, bean-based enterprise staffed by particularly talented goose thieves."

But retail tycoon, Nathan Muir, added: "I never believed for a second that it was beans. I always though it was a magical cooking pot that never ran out and so they were able to guarantee an unending revenue stream by selling bowls of porridge to hungry villagers without having to contend with the unpredictability of fluctuating oat prices.

"Or that it was something to do with unicorns."