Nation divided over whether to put the heating on

BRITAIN is divided over whether or not it is cold enough to turn on the heating, it has been confirmed.

As pro- and anti-heating factions struggle for control of household temperatures, many fear that war is inevitable.

Emma Bradford, proponent of turning the heating on, said: “It’s definitely cold enough to turn it on, if not just to limber it up for when winter really sets in. Only an idiot would disagree.”

However Tom Booker, advocate for just layering up with a jumper, said: “We’re still seeing highs of about 17 degrees down south. If you’re cold, put some more sodding clothes on.

“I don’t trust these ‘heating people’. Who knows what else they are plotting? Probably to kill us all.”

“It’s deceptively sunny enough to leave half the nation in denial that summer is over, while the other half is already banging on about pumpkin-flavoured coffee drinks.

“Fortunately, data from previous years shows that consensus will be reached in about two to three weeks with the arrival of ‘see your own breath’ weather.” 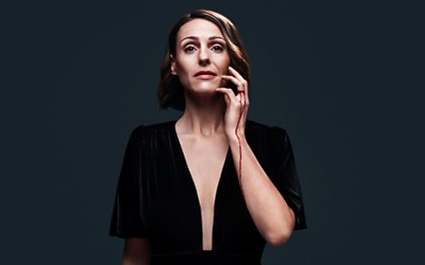 THE BBC’S adaptation of nursery rhyme Doctor Foster has shocked fans with its graphic sex scenes.

In the original rhyme on which the hit series is based, Doctor Foster is a man who steps in a deep puddle while travelling to Gloucester, prompting a change to his future travel plans.

56-year-old Mary Fisher said: “Doctor Foster is one of my favourite nursery rhymes so I was thrilled to see its cautionary tale of puddle avoidance being brought to the screen.

“You can imagine my surprise when I discovered doctor was now an angry woman who shags blokes with her bra on and tries to get off with teenage boys. Also there are a number of references to ‘fucking’ and a general gloomy tone.

“This is series two and we haven’t even seen a puddle yet, unless it was of bodily fluids.”

A BBC spokesman said: “Watch out for the autumn’s new drama series Humpty Dumpty, about an egg who meets a sexy married woman on a train and shags her in the disabled toilet, then everyone has lots of arguments.”