PETS of all species have demanded that unlimited amounts of food are made available to them at all times.

Labrador Tom Logan said: “For too long food has been dished out in fits and starts, maybe three or five times a day. That’s not cool if you are always hungry.

“All we ask for is a massive pile of meat and biscuits that is constantly replenished before we have a chance to eat it all. And some sweets, but not Minstrels because they give me the shits.”

Cat Roy Hobbs said: “When I’m meowing at you, I’m not doing it for a fucking laugh.

“It is no longer good enough to say ‘but you’ve already had your breakfast’.

“Meal times are a human contrivance used to justify the suppression of animal appetites.”

No rush for HS3, say Northerners 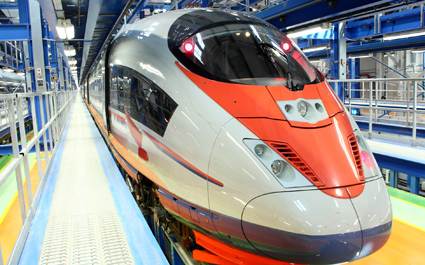 NORTHERN rail commuters have admitted that they have no real need to go anywhere very fast.

The proposed Manchester-Leeds link, which would take people between the two cities without giving them chance to make a proper brew, has been condemned as ‘neither use nor bloody ornament’ by locals.

Stephen Malley of Glossop said: “It’s not like we have business meetings to get to or anything, and there’s no rush to lean on a gate looking out o’er the moors.

“I mean there was all that fuss over installing a telecommunications system back in the 1950s, and everyone’s just stuck with the pigeons.

“As long as they still run the Wakes Weeks specials to Blackpool every factory fortnight we’re not mithered.”

Transport secretary Patrick McLoughlin said: “When you either work at t’mill down t’road or are unemployed, you don’t need a high-speed train to get there.

“This money would be better invested in a high-speed link between London and other parts of London.”