WITH the planet in peril, it falls to wise yet humble people like me to set an example of living a frugal and sustainable lifestyle. Here are my tips:

Have your valet run your bath to a marginally cooler temperature

Yes, we all like a piping hot soak but by ordering your man to maintain the bathwater at two degrees cooler, you’ll save energy and be doing the polar bears a jolly big favour. If your man squeezes the toothpaste on your brush at the same time, he’ll save some energy too.

Power your helicopter on horse manure

I adore horses and I also adore my helicopter. Combining the two and inventing a helicopter powered by biomethane would boost my already impeccable green credentials and also mean I won’t have to get on a smelly train like the plebs do when they want to do their bit for the environment.

Use recyclable cartridges when grouse shooting

I’ll admit his idea’s rather at the drawing board level as how you extract hundreds of bits of shot from a dead bird I don’t know. I’ll leave that to the boffins to fix, but hang it all, something has to be done, as I want to keep killing things without a guilty conscience.

Have your tenants wear smocks, as in better times

Inevitably, to fix the planet we’re going to have to revert to the pre-industrial feudal system when peasants tugged their forelocks to their betters. Handing out sturdy smocks that don’t contain dangerous plastic microfibres would be a step in the right direction, as well as keep the serfs in their place.

Knock down houses to plant trees

We need more trees, so I suggest knocking down several thousand houses and planting trees in the spaces created. I’m sure the owners will be happy to move out as it’s for a good cause. No, you can’t knock down my twee vanity project town Poundbury. I am nearly the king, you know. Fingers crossed.

Are you paranoid? This is what everyone's saying about you 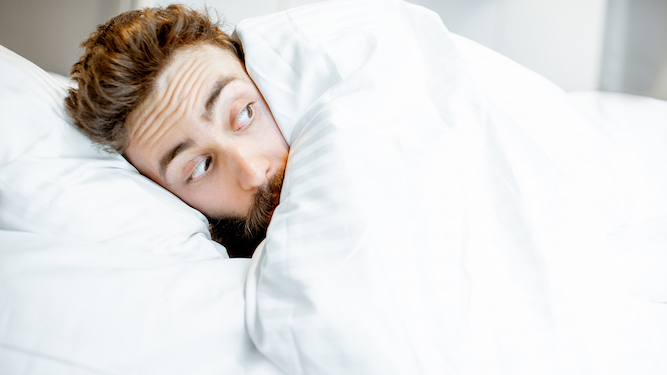 PARANOID that everyone’s talking about you behind your back? No need to worry, they’re only whispering this:

You look a bit tired

Can you not see the massive bags under your eyes? And the waxy skin? It’s because you’re losing sleep thinking about all our judgements of your physical appearance. Get some rest. Brush your hair first though, or are you trying for dreadlocks? They won’t work on you.

You worry too much

Seriously dude, chill out. You seem majorly stressed about all this. It’s the talk of our private WhatsApp groups. We can’t tell you because you’re so stressed so we text then stifle laughter while not meeting your eye, creating a paranoid feedback loop. So relax, will you?

Do you need a holiday?

Surely that would help, unless you lose your luggage or the plane crashes or you get arrested and locked up for 20 years. And we all know you’re that kind of dickhead. Not that we’re suggesting a holiday to get rid of you or anything.

Talking to a professional is the best way to fix your paranoia. Although what if they’re a fraud, and after each session they call your friends and family and tell them everything you just shared? Does that happen. Best be safe and bottle up everything forever.