Rolling into a ball not as good as running like f*ck, hedgehogs told

A SHARP decline in hedgehog numbers has been blamed on the ineffectiveness of curling into a ball when threatened.

As figures show that the hedgehog population has shrunk by a third since the millennium, the mammals were told it was time to consider the ‘running like fuck’ approach to self-preservation.

Professor Henry Brubaker of the Institute for Studies said: “I once made the mistake of going drinking in Newcastle wearing a proper coat and if I’d curled into a little ball instead of sprinting onto a train I’d be extinct today.

“Hedgehogs seem to think vehicles are scared of very small prickly things, or that predators aren’t going to just wait it out until the little ball of food needs a slash.”

Hedgehog Tom Logan said: “No, this can’t be right. If you’re curled up tight in a ball literally nothing can get you, you’re totally safe.

“If a lorry tried to drive over me it would just explode, I’d be perfectly fine and scurry out of the resulting fireball like a small prickly Terminator.

“Also running makes me self-conscious because of how short my legs are.”

Natterjack toad Stephen Malley said: “The toad population has stabilised, that’s because we’ve started to hop the fuck away from larger carnivores instead of puffing our chests out.”

Owl Emma Bradford said: “That hedgehog can curl up all he wants, I’ve got a beak.” 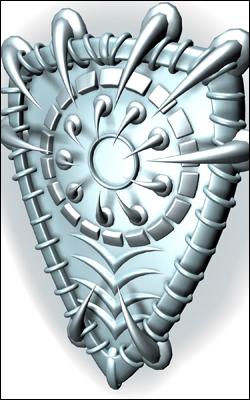 POLICE have set up an avatar unit to tackle crime in online role-playing games.

The unit was established following an arrest for credit theft in the fantasy game RuneScape. It is run from a virtual police station in a ‘haunted forest’, by officers pretending to be elves.

Detective inspector Tom Logan aka Vandar Woodwalker of Shantar said: Initially I thought this was a waste of time but now I’m fully immersed I can’t distinguish between fantasy crime and real crime.

“What shocked me most was the casual nature of violent crime in internet role-playing games.

RuneScape players think nothing of smiting each other with maces and magic warhammers.

Part of our role will be to discourage battles and encourage players to pursue lawful activities such as fletching and potion-making.”

One of Logan’s officers recently required counselling after being labelled a fucking noob douchebag for halting a major conflict in World of Tanks.

Officer Stephen Malley, known online as Meril the Dwarf-Trader said: “I got into this job because I wanted to be like The Sweeney.

“If all this gets out I’m never getting to have sex again.”

The Avatar Unit is currently appealing for information on the theft of a magical shield that can turn its owner invisible.