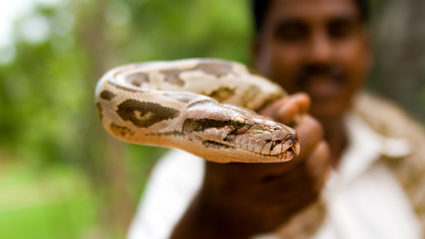 TOM Logan has failed miserably to predict the winner of the Grand National, earning contempt from colleagues.

While fellow workers revelled in their winnings, Logan was forced to admit that he’d made the baffling decision to back a horse that didn’t even finish the race.

Emma Bradford said: “I’d always had a high opinion of Tom, but now I understand that he’s a moron.

“We were all gathered round comparing what we’d spent our National winnings on when Tom made some comment about his horse pulling up at the 14th.

“Nobody could believe that an intelligent man who has a respectable office job could fail so miserably to predict the winner of a horse race.”

While 39 horses started the Grand National and winner Rule The World was a relatively unfenced 33/1, every single person in Logan’s office appeared to have seen the win coming.

Tom Logan said: “In hindsight it was a pretty stupid mistake to make. I could bet on the race now I’d go with Rule The World, although I might still go each way.

“When I suggested that betting on the Grand National might involve a degree of luck, everyone went silent. Then my boss told me I’m working overtime next weekend.”