MANY sheep have extreme political views, it has emerged.

Although often criticised for a lack of individuality, sheep actually spend their lives discussing fringe ideologies and listening to obscure indie bands.

Sheep Donna Sheridan said: “I’m basically a Trotskyist although I am also strongly influenced by conspiracy theories about ancient astronauts.

“I think Marcus Rashford should be the first name on the England teamsheet, but I’m in favour of the legalisation of all drugs and the return of national service.”

Fellow sheep Mary Fisher disagreed: “Rashford is an overrated fraud, and the army should be abolished and the money used for space exploration.”

Fisher said that in any herd, you will find sheep weighing up the artistic output of Woody Allen, and arguing about whether The June Brides were a better band than The Pastels.

She said: “People assume we sheep all think the same way just because we’re scared of dogs.

“But a border collie will follow orders without question, which is a terrifying personality trait for independent freethinkers like us.”

Hospitals not on fire yet, insists May 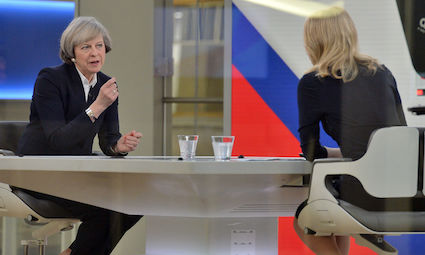 THERESA May has reminded everyone that the NHS has yet to burn to the ground.

Appearing on Sky News, the Prime Minister sought to reassure the public by showing interviewer Sophy Ridge a photograph of a hospital in her constituency that is still standing.

May said: “While people are dying in corridors, one thing we can say with some certainty is that none of them are being incinerated by the building itself.

“Under the Labour administration the average temperature of a hospital was around 450 degrees and they often exploded sending hot shards of A&E high into the air, which is a fact nobody ever talks about but is definitely a fact.

“And the Red Cross wouldn’t be propping up the whole system if it was ablaze, would they? Stands to reason.”

The prime minister said NHS staff had to ‘knuckle down’ and invent ‘quantum wards’ where a single bed can accommodate three hundred patients.