Shitloads of pandas everywhere by 2084

GIANT pandas will become a common pest in the UK as they breed uncontrollably, it has emerged.

Following the announcement of Edinburgh panda Tian Tian’s suspected pregnancy, experts have warned that giant pandas will soon be considered an invasive species.

Professor Henry Brubaker of the Institute for Studies said: “Zoo people are idiots.

“They’ve brought this once-shy creature over here and conditioned it into becoming a sex machine.

“Now those pandas are constantly nailing each other. This baby is the tip of the panda iceberg, they’re going to be firing these things out.”

Professor Brubaker predicts that Scotland will run out of panda space by 2026, shortly after which ‘escaped’ pandas will start getting at your bins.

He said: “They will be going through your rubbish making a dreadful commotion, you’ll wake up in the night and see a panda’s fat arse as it runs off with the remains of a chicken jalfrezi, leaving a trail of litter in its wake.

“Leave your garage door for five minutes and a panda will get in there and go to sleep.

“If you try poking it with a stick it’ll snap your arm off like it was a stick of bamboo, then curl up and start snoring again.

“And you should see the shits they do. In fact you will see them, all over your lawn every morning.”

Dawkins momentarily forgets all religions are enemies of reason and progress 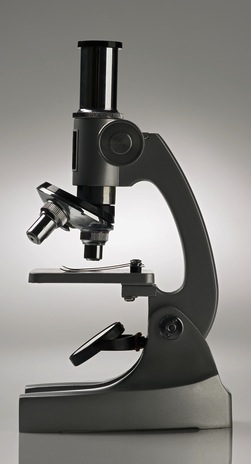 RICHARD Dawkins last night singled out one religion for being an enemy of human development and rational thought instead of every last one of them.

The noted biologist and atheist highlighted the comparative lack of Islamic Nobel Prize winners, but forgot to mention that Christian winners had only succeeded by ignoring their particular strand of voodoo gibberish.

But Professor Henry Brubaker, of the Institute for Studies, said: “If it wasn’t for religion the Nobel Prize would be a lot more competitive. Do you realise how much scientific time we wasted staring at a cloud, asking god to kill people we don’t like?

“And by the way, all those who are somehow ‘disappointed’ by Professor Dawkins’ ‘leadership’ need to understand that atheism having a figurehead is inherently absurd.

“I don’t need someone to tell me how not to believe in God. I’m excellent at it. I can even not believe in God while I’m doing other things.”

Professor Brubaker also revealed that the Institute for Studies had, so far, failed to win any Nobel Prizes, but insisted it was only because the work they do is very poor.

He added: “The Dr Who fan club has more Nobel winners than anyone. More than 80 percent of laureates since 1965 have drawn up detailed plans for a driverless metro system on Gallifrey.

“Meanwhile, the number of ginger Nobel winners is surprisingly high.