Should we do something about all this water? ask MPs

THERE’S quite a lot water around these days isn’t there, according to a committee of MPs.

A report has found that Britain gets a lot of rain and that we should probably start thinking about where we want to put it.

The report states: “Apparently this has been going on for while. Each year it rains – for ages. It now appears that some of this stuff ends up inside people’s houses.

“It would be too easy to blame internal rain water on Britain’s beleaguered door industry. Of course, too many of our doors are simply not good enough, but we need to ask ourselves ‘what else – if anything – can we do?’.”

The committee has now called for a complete overhaul of British door production and urged the government to buy 40 buckets.

Additional measures could also include fines for any river that rises more than six inches in 24 hours, ‘something involving canoes’ and ‘a test’.

Committee chairman, Sir Denys Finch-Hatton, said: “The door thing is probably worth a try but I suspect most of you are going to drown.”

Parliament 'too full of thieves' 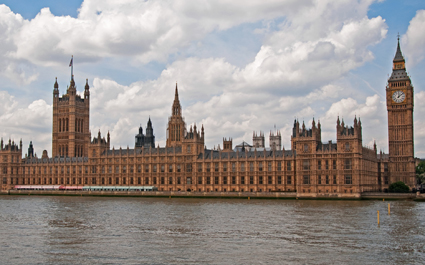 ED Miliband’s claim that parliament is ‘too middle class’ has been accused of missing the fucking point by more than 18 million light years.

The Labour leader said too many MPs come from middle class backgrounds while ignoring the obvious problem that a great many of them are just in it for the relentless thieving.

Julian Cook, Professor of This is This at Roehampton University, said: “Too full of careerist shit-heaps. Too full of gutless, self-serving turds. Too full of inadequate, self-justifying fraudsters. Any of these would have done.