Spring thinks it's too late to start now

SPRING will bypass the UK this year after deciding that to arrive so late would be unbearably awkward.

The yearly weather pattern claimed the weight of expectation is just too much to bear.

Spring said: “I’ve given this a lot of thought, and it’s going to be better for everyone if we pick this up next year.

“To kick things off in April would just feel weird. Usually I like to be around for the equinox but for various reasons that didn’t happen.

“Personally I just feel that I need that time from March to June to do my thing, I like to tell a story with my work, to take everyone on a journey from lambs and blossom through into summer.

“Sorry if I’ve let anyone down but Winter says its fine to take the April-June slot.

“I’ll be back next year with something special for all those people who really like me.”

Winter said: “I’m getting all the hate here but it’s Spring that’s being a dick.

“That said, this is a great opportunity to convince everyone that subzero temperatures are the way forward.

“Also I’m going to be mixing it up a little, introducing some sunny days that look nice but when you go out in them are actually fucking freezing.”

North Korea 'may not be performance art', say experts 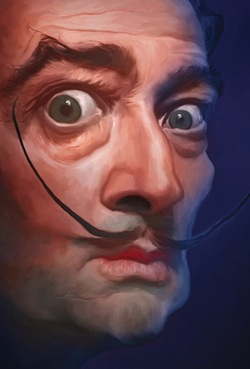 NORTH Korea is not an elaborate modern art installation, as previously suspected.

As the tiny nation seemed to be genuinely threatening the United States with a nuclear strike, experts said it was now likely that Kim Jong Un and his late father are not ground-breaking surrealists in the mould of Salvador Dali, Luis Bunuel and Anne Widdecombe.

Julian Cook, professor of not knowing what’s real anymore at Roehampton University, said: “I’m starting to suspect he’s a schizoid. And a massive one at that.

“I may yet be proved wrong and this really is experimental theatre on a grand scale. In which case he is guaranteed a five-star review.”

Meanwhile, the United Nations has told North Korea that if it wants to kill itself it could either do it quietly at a Swiss clinic, or spectacularly, with human cannonballs and alligators.

UN secretary general Ban Ki Moon said: “I would say to North Korea, ‘there really is no need to kill yourself, but if you do, try to do it in a way which does not bother anyone else’.”

He added: “If North Koreans are determined to die then my personal preference would be for them to be fired, one by one, from a giant circus cannon directly into a ravenous, black-eyed dinosaur.

“It would be like throwing an M&M to a friend to see if they can catch it in their mouth.”