The boomer's guide to not being responsible for climate change

BABY boomer? Feel unfairly attacked by the younger generation for the state you’ve got the world in? Here’s how to how to explain it definitely wasn’t your fault.

I took pop bottles back to the shop

Banging on about how you used to take Ben Shaw’s bottles back to the corner shop in exchange for thruppence doesn’t make you ecologically conscious; it just proves you needed to be bribed into recycling and deep down still feel you should be.

I walked to school every day

You were a baby, so it’s not like you were responsible for choosing those reusable nappies, was it? And the second you had your own kid you stocked up on new-fangled Pampers and waved them off merrily to landfill.

I never went on holiday

Perhaps as a kid your only holiday was a week in a caravan in Morecombe, but you invented modern tourism and go on four foreign holidays a year because it’s a shame to waste your massive final salary pension.

Global warming was on the agenda in the 1970s. It was everywhere in the 1990s. It reached crisis in the 2010s. You had a wood-burning stove put in two years ago.

Dad would rather get coronavirus than fist-bump 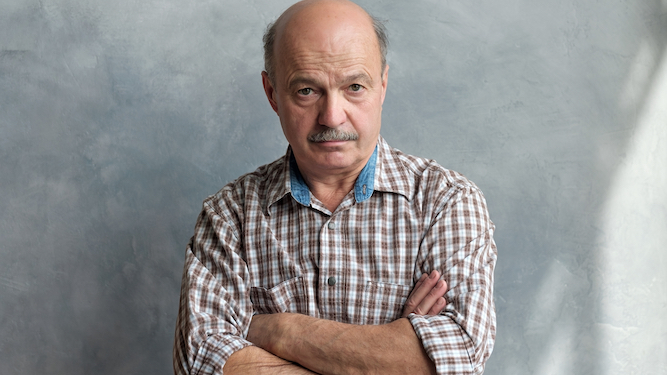 A DAD has confirmed he will be shaking hands and potentially spreading a deadly virus rather than ever ‘fist-bump’.

Father of three Wayne Hayes declared to his family that he would rather die than ‘indulge in pathetic Americanisms’.

Hayes, 53, said: “Churchill didn’t fist bump Stalin at the Yalta peace talks and he was the greatest Briton I can think of to illustrate this point.

“How I wash my hands is likewise my own business, and if it remains a swipe of Imperial Leather and a quick pass under the cold tap, that’s the British way.

“Elbow bumps? With another man? That’s ridiculous. Is this one of your memes or something?”