The days are getting longer, say cheerful dickheads

“It doesn’t matter if the sun rises at 8.02am or 7.47am, I’m still delayed in the gloom at Croydon and trying to work out why the Metro is a successful newspaper.

“If one more glass-half-full simpleton tells me ‘we’re over the worst’ I will bury them alive with a looped recording of Birdsongs of the Norfolk Broads.“ 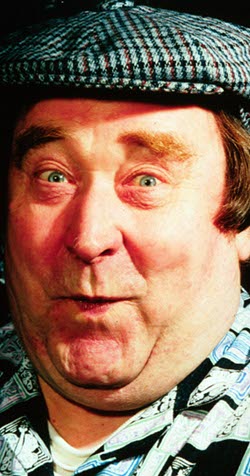 SEVENTIES comic Bernard Manning is being woken from cryogenic sleep after Ricky Gervais completed preparations for his return, it has emerged.

Once-popular Manning faked his own death in 2007 as his career faltered, at which point he was frozen in a large plastic tube.

His management have confirmed that they are in the latter stages of thawing him now it is once again amusing to behave like a piece of shit.

Manning’s spokesman said: “It’s an open secret in the industry that Bernard wasn’t dead, merely dormant until the nation’s ambient cruelty had been restored to suitable levels.

“Hence we paid a number of comedians, most notably Ricky Gervais, to help restore the school bully sensibility to Britain’s comedy circuit.”

He added: “The great thing now is that criticism of anyone behaving like a spiteful prick is deemed an affront to freedom of speech, democracy, liberal shit like that.

“It is a natural and healthy function of art within a democracy to challenge cultural taboos, and also I like it when Bernard makes fun of Pakis.”

Manning fan and local radio DJ Tom Logan, who frequently appears on tawdry late-night TV clips show about how everything used to be better, said: “Bernard was properly funny, not like these modern so-called comedians who don’t even know how to use prejudice as a means of ingratiating yourself with a roomful of drunk people.”