The Guardian reader's ways to blame environmental problems on other people

THE natural world is going to hell, but it can’t be your fault because you read the Guardian. Here are seven ways to blame everyone else:

Other people look better than you do. For years it’s made you feel inadequate, but now they’re the bad guys because it’s fast fashion and wasting 30,000 litres of water just so they can have three pairs of jeans and look stylish. Climate change placed firmly at their door.

Childless friends bragging about the Michelin-starred restaurant they’ve been to? Berate them about the exotic meats and vegetables that have been imported, with a unforgivably large carbon footprint, for their dinner. Ask if they enjoyed eating your children’s future.

Your annual holiday isn’t camping in Wales because you can’t afford anything else. That’s a minor side reason. It’s because you care about the environment and they don’t, with their long-haul trips to the Dutch Antilles. Bastard despoilers.

Single? Yeah it’s a personal choice. Because actually bringing kids into a world of global warming and climate change is an act of cruelty. That you can’t make a relationship last beyond three months is irrelevant.

Having a well-paid job

Oh, you’re in charge of 62 people in four regional offices? And you’re fine having that kind of bloated, growth-obsessed workforce on your conscience, are you? You’ll be first against the wall when the Thunberg revolution comes.

Difficult to make a direct link, but most people already feel guilty about how much telly they watch so probably won’t quiz you about the details. It must be bad because bad people do it. Logic.

Full of microplastics, possibly, or in any case chemicals of some kind which have probably washed down a drain and killed a sea turtle already. Just for you to have glossy hair. Was it worth it? Was it?

Everyone on train pissed 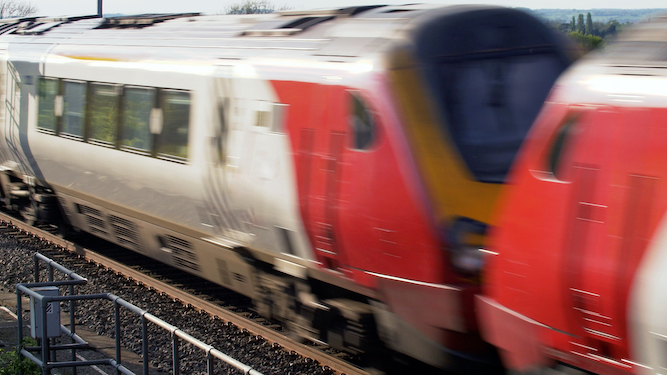 EVERY single person on a 3.30pm train from Bath to Manchester is absolutely leathered, they have confirmed.

The train is taking workers home, reuniting familes, bringing long-distance partners together and sending people on weekends away, all with one thing in common; they are getting shitfaced.

Passenger Tom Booker said: “From the young executive quietly finishing his marketing report with a four-pack of Camden Hell, to the mother on her way home necking pre-mixed M&S cocktails, to the students sharing a bottle of rhubarb gin, everyone is paralytic.

“No sooner has a single-malt downing businessman staggered off to the station bar at Birmingham than three football fans carrying a crate of Carlsberg took his place. It was a train of souls in blissful, drunken harmony.

“There’s no disorder. The quiet carriage is full of people quietly getting drunk. In first class they’re savouring fine wines and apertifs. Passengers without seats are peaceably getting shitfaced on the floor between carriages.

“It’s actually a vision of Britain in amiable accord. If only this train could be the whole country, how happy we could be.”

Train driver Steve Malley said: “We’re doing a tequila shot for every red light we pass up here. I am wrecked.”