YOU had a fortnight in Italy booked. You’re spending a week on a campsite in Filey. Here’s how your 2020 plans and reality compare:

Planned: two weeks on Sardinia’s Costa Smerelda in a villa with a swimming pool and a sea view, spent relaxing drinking limoncello on the balcony while the kids chase geckos.

Reality: seven days in a campsite on the Yorkshire coast – not a good campsite, because they were all f**king booked – sitting under the awning in pissing rain swigging Aldi whiskey from the bottle while the kids chase litter.

Planned: touring ancient sites, checking out relics of the Roman Empire under a blazing sun, wandering cork forests in dappled shade, eating wood-fired pizza at sunset and of course swimming in the clear green waters of the Tyrrhenian Sea.

Reality: Retreating from the beach after an hour’s torrential rain, attempting to visit the Captain Cook museum only to find out it’s closed, queuing in a hurricane to buy fish-and-chips then eating them in a steamed-up car.

Planned: The beautiful mountain town of Tempio, unspoilt by mass tourism, with breathtaking views over moutains to the endless vista of the ocean. A moment fixed in the memory by its sheer loveliness, providing spiritual sustenance for the year to come.

Reality: Winning a game of Risk against an eight-year-old, dancing around the tent shouting ‘in your face loser’, then packing up and going the f**k home. 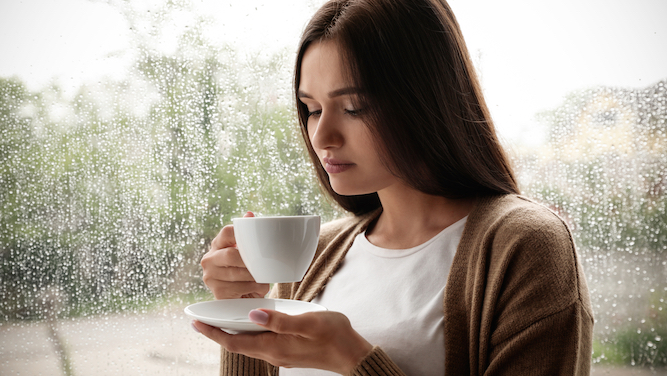 THE discovery of Ophiuchus, the 13th star sign, has altered a woman’s entire personality overnight.

Francesca Johnson went to bed one day believing she was an optimistic and spontaneous Sagittarius and woke up to find she is actually a jealous procrastinating Ophiuchus instead.

Johnson said: “It wasn’t until I read about it in the news that I discovered my entire personality had shifted and I was a completely different person.

“It’s weird. Yesterday I was a broad-minded truth-seeker with enormous personal integrity who got on great with my Aries boyfriend.

“Today, I’m an imaginative routine-hater with a keen sense of justice who needs to dump that relentlessly cheery wanker and hook up with a Pisces. All thanks to NASA.

“Oddly, I don’t entirely feel like I’ve got a wildly different approach to life. I feel exactly the same.

“It could almost lead you to believe that star signs are a load of bollocks spouted by people who want to make themselves seem more interesting than they really are.

“Anyway, I’m sure my explosive temper and sexual magnetism will kick in soon. Maybe it just takes a while to change over, like when you swap your wifi provider.”