ONE minute you think they’ve got a point, the next they’re desperately annoying f**kwits blocking your route to Tesco. Do you support Insulate Britain or not?

They’ve got a good point

Insulating houses is a crashingly dull subject but it’s a sensible thing to tackle. It’s the sort of campaign you could get behind, if you could be arsed to do something other than playing video games and eating crisps.

But they’re going about it in a stupid way

If they’re making people miss job interviews and hospital appointments, it’s understandable that motorists want to punch them in the face. Plus, sitting down on the M25 is mental in anyone’s book. At least Extinction Rebellion only blocked central London where no one expects the traffic to move anyway.

It’s the biggest crisis we’re facing, the government aren’t doing anything and petitions make f**k-all difference. I admire them, because they’re dedicated to their cause and I’d be terrified being threatened by an irate lorry driver with Ginsters breath.

These daft, middle class greenies don’t seem to realise a loony driver could flip out and plough through their barricades and someone will be seriously hurt. But an almighty hippy/white van man/yummy mummy punch-up on the Dartford Crossing would be funny. Obviously I don’t condone violence.

I saw on Twitter they’d blocked a gobby woman taking one kid to a local school in a massive SUV. If they’re messing with people like that, they deserve a big pat on the back.

Now it’s affecting me personally. so I’ve decided it’s definitely annoying. Piss off, you eco-mob hippy terrorists, I need to get to Tesco and do the big shop in peace.

Seats on the bus from worst to best 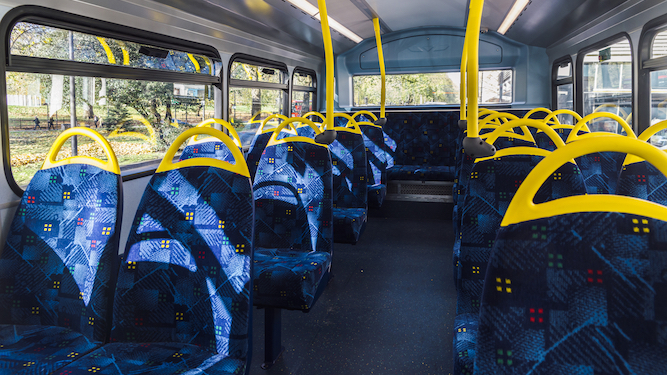 Up front near the driver

Not only are you at risk of an old person squeezing in your seat and telling you their deeply-prejudiced views on Strictly, you’re exposed to every draught from the opening doors. And the driver might have a companion who stands up front chatting and gives you dirty looks like you’re trying to get in on their good time.

Three-quarters back on the lower deck

Everyone gets on, hurries past the freaks at the front, and goes further back to see if there’s a double seat free. But because everyone does that there never is so you’re either sitting next to some bus wanker or they’re sitting next to you.

Back of the lower deck

The turntable bit on a bendy bus

Not only are there single seats eliminating any danger of sharing personal space, but the front of the bus moves and you don’t or the back of the bus does and you don’t. Which is basically like magic and you’re the wizard.

Back of the top deck

The seat furthest away from the driver so the most rebellious, but the teens can’t be bothered to trekking up here when there’s more people to insult down below. Position yourself in the middle with your arms outstretched and feel like a king. However spilled liquids will make their way towards your bag.

Front of the top deck above the driver

Hands down the winner, this seat that allows you to pretend you’re flying down a hill, hovering through an urban landscape, see into the bedrooms of passing houses and find out what’s on the top of bus stops. You’re like unto a God.