Tory fears as fox spotted on top of horse

TORY fears of a brutal fox insurgency are growing  after one of them was spotted trying to ride a horse.

Martin Bishop, a big fat Tory who farms eight million acres near Asterley in Shropshire, said: “It was all a bit haphazard. He obviously didn’t know where to put his back legs and he kept falling off.

“But he was wearing a little hat, so they obviously know about equestrian safety. I’ll tell you what, once these buggers get the hang of it, I am a dead man walking.”

Bill McKay, assistant chief constable of Shropshire Police, said: “I would advise Tories to stay indoors unless they’re very good at hiding in hedgerows or able to leave some kind of false scent.

“But if a Tory does find itself in open countryside with a group of mounted foxes hurtling towards it, it should either pretend to be a tree or dig a hole really, really quickly.”

Professor Henry Brubaker, of the Institute for Studies, said: “There is no more dangerous combination in all of nature than a fox who knows how to ride a horse.

“It would be fascinating to see a group of mounted foxes up close. I wonder if they’ll be twats?” 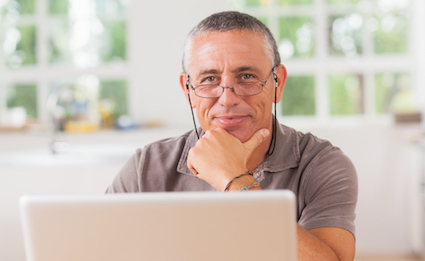 BRITAIN’S technologically challenged fathers believe they are dealing with the threat of more cyber-attacks.

Dads have been taking measures that are unlikely to protect against ransomware but do make them feel like the rugged hero of an exciting techno-thriller.

Nikki Hollis, 15, said: “Dad has put all our computers in the spare room with a homemade sign on the door saying ‘QUARANTINE ZONE – NO ENTRY!’.

“I explained it’s just old computers that are affected, but he said hackers are ‘probing our cyber-defences 24/7’.

“I asked if I could have my iPad back but apparently he’s still ‘monitoring the situation’. He makes it sound like he’s liaising with GCHQ but he’s actually just watching ITV News.”

Teenager Wayne Hayes said: “Dad downloaded all sorts of random anti-virus software onto the family computer that made it run so slowly it may as well have been fished out of a river.

“At one point he said ‘Shields up!’. Then the computer crashed and it took me three hours to uninstall all this shit.”