Trees ordered to pick all that shit up

TREES have been told to immediately pick up all the leaves they have dumped everywhere or face the consequences.

Following a wild night during which they waved their branches in the air as if they just did not care, the trees have left the country covered in debris which they expect others to clear up.

Forest ranger Bill McKay said: “There’s leaves at the side of every street, and when you ask trees what they’re going to do about it they just shrug their branches as if to say ‘Autumn innit.’

“I know they can move, I’ve seen Lord of the Rings, and if they don’t start clearing up this mess sharpish we’re getting the chainsaws out.”

Ash tree Roy Hobbs said: “Don’t threaten me unless you want me tapping on your window at 4am.” 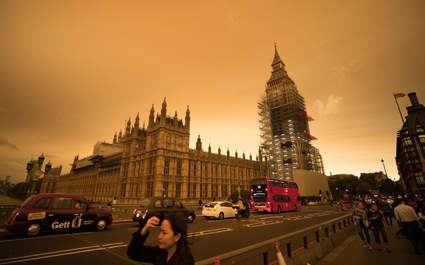 THE UK’s sky was hacked with a rogue Instagram filter, the MOD has confirmed.

The Atacama filter, popular for landscape photography, was trialled on skies in the north of England before being used over London by mid-afternoon making everything look a bit Blade Runner 2049.

An MOD official said: “As with our wi-fi, banking systems and democracy, there is unfortunately a security flaw in Britain’s sky that leaves it vulnerable to foreign hackers.

“Future attacks may include the aggressive deployment of Inkwell making everything seem starkly black and white like in the war.

“There has also been a LiveJasmin pop-up filling the sky above Glasgow for the last six days, which we failed to realise because all residents just pretended they hadn’t seen it.”